Twin 45's on my side
A big killer, filled with Mexican Pride
I'm wanted, dead or alive
I'm down for the battle on the back of a horse with no saddle
So guard your banks, and your stagecoaches
The next time motherf*ckin Kid Frost approaches
Cuz "Ima take you out" is my motto
I'm eating out the worm in the tequila bottle
I got my boots on the table
Once again it's on at the Tombstone Saloon
They say the deck had five aces
So I strapped on my quettes and took ten paces
I turned around, *bang bang* was the sound
Now there's a dead man laying on the ground
A notch in my belt cuz it's like that
And then I took a piss in a dead man's hat

Kid Frost held up the 3 o'clock train
Smoked four fools, and now they sound the same
f*ck Doc Holiday and Jesse James
I got my gun in my holster, my face on some posters
It's a three day ride to the border
Outsmart the marshall, f*ck law and order
I got by the seat of my pants I stop to see my bitch at the Mustang Ranch
How many men can I gun down?
Back on the trail before sundown
Because the sheriff's got a posse
Thinking they can stop me
Apache territory's where they lost me
I knew they could never see me
Hangin from the branch of a big oak tree
It's me and my gang if you think you can tame us
f*ck that shit boy, I'll make you famous

Riding threw a trail of brush and trees
I'd rather die on my feet, than live on my knees
They sent in the cavalry
The US Army, tried to disarm me
A fifty man posse, a three man gang
The odds ain't good, but it ain't no thang
See, somebody's always trying to hurt me
But I come blasting through the door with my f*cking 30-30
I fire off one more round
And leave Dodge City looking like a ghost town
Cuz I done battled the Apache, f*ck the Comanche
Stomped on the cavalry as if I was a stampede
I f*ck up Buffalo Bill, and Billy The Kid when it starts to get in
So if you wanna bet, then I'm your number one bet
And this is what I'm saying as I'm riding through the sunset 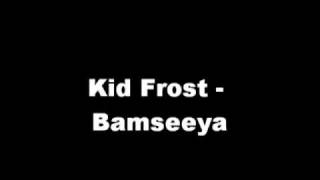