[Verse 1: Frost]
Q-vo, aqui estoy, yeah it's the big boy
down with the homegirls, down with the homeboys
kicking back, listening to a Huggy Boy rola
waiting for the night to hit so we can find some cholas
I told you I'll come back in nine tray
bumpin' in my six tray
cruising in the calle
I gots my parle
horale ese
cause when I do it, I do it all day (all day)
and then I come back again
with another stack to spin
on all my friends
and now I get my gangster roll on
brand new clothes on
and so on and so on
and now I need to beat the flow on
here it is right here Frost man go on
yeah it's smoke going out with a bang
cause it ain't nothing but a family thing, yeah

[verse 2: Frost]
Oye vato, what's up loco?
check out the style of my vocal
and take a look and see what the cab dropped in
one big bad ass mexican
and I'm ready for anyone, down for anything
and I can pass any test that many bring
vatos wanna know where I'm from
I'm from the varrio East Los Aztlan
and ain't no nieghborhood can mess with that cause it ain't where your from it's where you're at, now
chavalillos in the park after dark
and the hoodlums run scared when the dogs bark, so
get out the nieghborhood and don't look back
because I cut no slack when I'm holding a tech
and it's all about backing up your last name
we in the same game, it's a family thing

[verse 3: Frost]
Kid Frost back and I'm down
and my familia is anyone whose skin is brown
Rancheros and the trucks so the grey vans
taggers in the alley with a bag full of spraycans
here come the jura gotta bail out
and even them ..?.. and the cops bug they sell out
the cholos the cholas who ain't soft
it's the mean mafioso gangster Frost
comin' at ya, don't try to slam me
cause mexicans always got a big ass family
the quetes, the valas, the Chevy Impalas
the gang bang cycles with the media collars
so if you're brown you're down, so stay proud
and remember no busters allowed
cause the mexican people is a big ass gang, yeah
it's a family thing, huh 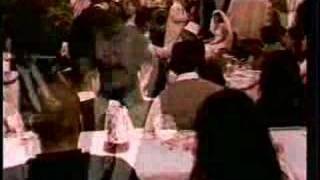