[Verse 1]
Slammin', half a thang of heron in the bathroom
Keep an ak and the backup in the backroom
Cook a meal clean and she suck me like a vacuum
Took a vacation to the county, I'll be back soon
Sent a couple zero's, money on my j-pay
Payin off the c-o's, smoking on the gateway
Word around the block when I was locked she gave my thang away
Bout to have a baby with a nigga, thats what they say (they say)
Damn... well, please say it ain't so
Took off the glove, say it's love when it ain't though
Her classmate was coming over, that was strange though
Apparently the homework ain't all he came for
Maybe yous a stank ho, maybe that's a bit mean
Maybe you grew up and I'm still living like I'm sixteen
Like a child running wild in these sick streets
Man I put that bitch up on her feet, she cut a nigga deep
(Damn... bitch, that's why I treat these hoes the way I treat 'em)
(That's deeper than a ma'f*cka, baby, know what I'm sayin'?)

[Verse 2]
Slammin', smack it up and flip it, then I rub it down
Zip it up, and then I ship it to another town
Smokin hella weed while me and Willie bust a couple pounds
She used to like that type of shit, now we don't f*ck around
Girl you used to say them other niggas wasn't hood enough
Got your hood degree, now niggas from the hood ain't good enough
Bitch you wasn't trippin when that old school was pullin up
You was short on ends at your college
You would put em up (put 'em up)
Well bitch I'm out here puttin on
I hope you feel the pain I'm feelin when you hear this song Don't want a nigga that's gonna slang shit up in your home
But you ran off and got engaged, man that shit was wrong
All to a nigga that dont got nothin that I ain't got
Only difference is he trying to be a f*ckin astronaut
Saw this p*ssy nigga when I walked up in the barber shop
Green as a leaf, lookin sweet, that cut a nigga deep
(Damn... so these the type of niggas you f*ckin' with now, baby?)
(Know what I'm sayin'? Square-ass ma'f*ckas...)
(You used to love a thug nigga...)

[Verse 3]
I loved her and she loved him, so I never touched him
She's got his baby in the oven, so it's mother f*ck him
Ain't trippin cuz you got a nigga, I just think you rushin
But leavin him to be with me ain't part of our discussion
Plus I'm on the road now, different color hoes now
Layed back on the dope, I'm getting dollars off my shows now
Bitches wanna tie me down, but I ain't in that mode now
Five years later, why you calling up my phone now? (phone now)
Well bitch, how you get the number?
Like every other month I'm switching up that motherf*cker
Back on the bus I used to finger f*ck her singing Usher
Down on my luck and then she upped and left me for a sucker
I reminisce on all the crazy shit we did
You and me forever, shit we say when we was kids
She say I'm havin problems and I pray that he forgive
When he find out the baby ain't his, that cut a nigga deep
(Damn... what the f*ck?)
(What you trying to say, baby? The baby ain't his?)
(Who's is it?) 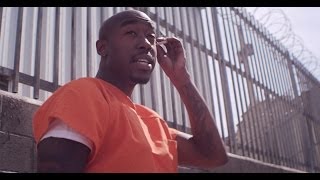