[Verse 1: Freddie Gibbs]
Five shots to the face, that'll do the trick
But I'll [?] before I do you, bitch
[?] for the 223 for the f*ck niggas you moving with
And it feel like 'em when I'm on this robbing spree [?]
Snatching on these simple-ass niggas claim they gon' murder something
Niggas been talking bout murkin' the Gangster, you hoes ain't murkin'
nothing
To the street shit a nigga never been no stranger, choppers? Keep a couple
dozen
Never been the bird man, but I done robbed a couple of 'em
I get such a rush as I watch 'em beg for they f*cking life
Reaper came down and hit the switch and turned off your f*cking lights
Bitches be like, "Don't talk to Freddie, that nigga crazy"
When I first jumped off the porch older niggas tried to play me, but I got
Big balls, big paws on a small puppy
Now I'm the big dog and you mutts ain't got nothing for me
Fresh out the guts, most niggas fear it, few niggas love it
Just give me my motherf*cking money
Cause all I got is...

[Hook:]
Straight killa, no filla
No sipping for a ho
Ain't taking shit from no nigga
I came up in the fingers with jackers and dro dealers Sorry partner but I can't be rolling with ya
I gots to get my cheese...

[Verse 2: Big Kill]
Been in the streets too long, nigga I gotta shine
Yeah, I might hate doing wrong but bitch I gotta grind
Daughter need shoes, my sons need clothes
Two baby mamas fussing, I ain't stunting these hoes
I'm slamming them Chevy do's
Lord Kill behind the wheel
Gittin' mo' and sliding them boulders out the Bonneville
You say [?] go hard, but his momma will
Jacked him for his package, dropped his body off behind a mill
Big Kill! Bitch I'm known to pull a 211
Them Gary police are scared of that 187
I see 'em on me so I [?]
San Antonio to Dayton, get back on the feds
Nigga got that straight drop, hand block stay hot
Girls say he bought to flesh a nigga, bitch I think not
.45 sands [?] leave you leaking out your tank top
f*ck with me I'm down to let them things pop
Cause I got that...

[Hook:]
Straight killa, no filla
No sipping for a ho
Ain't taking shit from no nigga
I came up in the fingers with jackers and dro dealers
Sorry partner but I can't be rolling with ya
I gots to get my cheese... 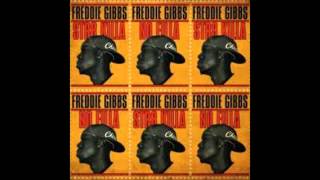