[Intro: Now You See Me]
Let me warn you, I want you to follow
Because no matter what you always think you might know
We will always be one step, three steps, seven steps ahead of you
And just when you think you're catching up
That's when we'll be right behind you
And at no time will you be anywhere other than
Exactly where I want you to be
So come close, get all over me;
Because the closer you think you are
The less you'll actually see

[Verse 1: Fred The Godson]
I fly in work while listening to India
Arie, Frank got it from the jungle
In India I ran[?]
I dont act the way all men act
My words deep, get an almanac, I'm nice
Where his dollars at?
Anything talking 'bout money I got my arms in that
Arms are clappin'
Where yo uncles and yo aunts is at
I get 'em crack[?] black opposite
Black ops n shit, spin his chest around
It's back opposite
Balls slow, I took it there, silenced 'em
Got no swag, you a cornrow, rookie year, Iverson
Got your girl on the roof, is she a looker?
Got clips, if you wanna act malice I'mma push ya

[Verse 2: Fred The Godson]
TBM they fear (TBM), gimme space like Venus (why?)
The Mac 10 is here
Venus, Notice I said tennis, I ain't judgin' you
But you can feel my bar in every sentence
They told me to lose some weight
Discriminate on my image
So when I Pop eyes, Just won't be needin' yo spinach
I'm on the block, I just hit you back when I'm finished
Hope it's all there, I ain't counting it in like a scrimmage
Remember when Favre left?
Left green-bay sick
Throw this cheese far left and get this green basic
I need the block to know, violate and he got to go
Hammer spit, banana clips, stuff his face wit some platanos
[Hook: Fred The Godson]
Explain lyrics
Correct lyrics 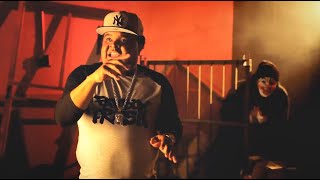 check amazon for The Sermon mp3 download
these lyrics are submitted by itunes3
Songwriter(s): Fred The Godson
Record Label(s): 2014 TBM
Official lyrics by