I came from pumping 60K out the trunk switchblades
Ziggy stuff nicknames, itchy braids, bitchmade
Faggots, my shit's changed, my cabbage is picked man
Rollin' twenties up like Snoop Doggy dog's crip game
But I'm out for the crown, housin, I'm buckin' 'em down
Dousin' and dunkin' these f*ckin punks in a bucket and bounce
When I get up in the game beware
Put a pimp on a hope and then say your prayers
Got this ocean so damn potent player
Put you on a throne like a broken chair
You know its a move no crack for the gods and goons
We back you talk about gats but dont actually use 'em
But I'm happy to do it because this is demigodz
Celph Titled, Ryu with Tak, Apathy stupid

From bottom to top (i rose)
choppin them rocks (?)
Cockin the glock, no more of that
Now I just hop in the drop and go
To the most popular spots
With ho's and they know, they go
I went from pumpin' that white stuff
To bein up in them white clubs
Like hey, I got dubs still pumpin that white stuff
Plus I f*ck with the white boys, skaters and bike boys
We may act different but the struggles alike, boy
Shinoda know if there's a problem I'm coming over, yo
Quick fast in a hurry, knock it into overdose
And I mean that, just call if you need that The best of both different worlds, not often they see that

We like these rappers here that you have to fear
We smacking queers murder extortion
Hustlin', nothin' stopin' this movement
I swear we gettin' to the top this year
Got your ears, all eyes on me, old school 80's guy, that's me
Hip hop head female rappers give me dome
That's just that hip hop head, flip off the feds, it's been said
I'm out my mind to the fullest, alone in the crib buggin
f*ckin with Russian roulette with six bullets
Won't never free my guns but fo sho we lettin them triggers go
Sparkin that weapon, yous a thousand miles from me
You far from perfection and that's just room for thought
I'm movin the bar, rap entrepreneur, rap lord
Cme to the hood, I'll bring you in through that trap door
It's Demigodz and it's Dipset, it's Doe Rakers and it's Byrd Gang
That's Ryu, Celph and Santana, the best rap singers you ever done heard

Demigodz, Celph Titled the Rubik's Cuban
Ryu the Beast, Shinoda the Cobra Holder
You a fool for this beat, Santana the Great
This has been a Demigodz Dipset Feature Presentation

We'll slap the beeswax right out your grill 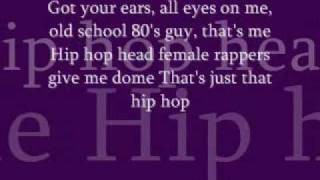 check amazon for S.C.O.M. mp3 download
these lyrics are last corrected by A-Phil
browse other artists under F:F2F3F4F5