A man in his slippers lounges around
Dreaming to pass the time
His head, filled with blues, reds, whites, and yellows
The sky
Filled with black
With nostalgia in pocket, those good old days fly
Skeletons' bones touch the ground
Happy he smiles, dressed in red and in green
But the green is all dying and red is our blood-washed dead sky

A man in his slippers, holding the key
To a door he unconsciously locked
His plasticized angels
In fool's golden heaven
Snicker as he sleeps

The announcer spat babble 'bout faraway wars
The trees were all dying
The streets, filled with whores
Outside the old man was clutching his cane
Watching a child's lungs collapse as he writhed in pain
The hills were eroding
The landfills overflowed
All the world was a time bomb about to explode
The world all around us was closing its doors
But this flare for the dramatic
Can be such a bore

And all the while
The man - he just snored
Till nothing was left
Nothing to live for
And as Santa burned, plastic face in the ash
It dawned on the man that he had caused this crash 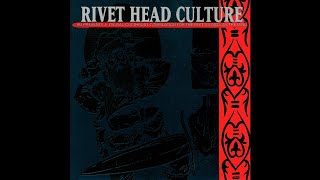 check amazon for Santa In Flames mp3 download
browse other artists under F:F2F3F4F5F6