FALL OF THE LEAFE


Nothing less than the sound of footsteps
condensing into a shape.
Sneaking into the murky urban caf of crispy mornings.
Realized it was a mirror after hours of work. They are filth.
And also easily lost in the labyrinth of the theory of their
own art - this easily percepted. Within the 4 years
of rain it became my own microscopic Macondo. It all meant little, if
nothing What is the frase I look for... Chaotic Dementh.
Ah yes indeed. Been there before, fair lady? A Copper medal I won at the chill-kill that day: Putrid Run, Salt... Torment,
Thirst. Two fierce feasting parties wishing me warmly welcome in
the aftermath of their own cold war. Neo-colonialistic freaks,
says I. Tempers increase to hatred and vanish - in cataleptic
disorders. An apparatus of something, don t really know what,
remnant of the good that succumbed in man once? The absolute
legion of oddity. Now guess what in the world machina mimesis is? 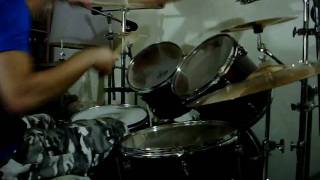