FALL OF THE LEAFE

Say, crack-boom and hey: Mr. G "Have a cigar.
From Havana, that is.
Fetch a glass too."
But in comes Miss F.
Glory hallelujah - wearing a rag of pride.
F had taken a good swim in the ditch of life.
The sewers where some supposedly lost quasi-persons try to urbanize and scheme a revenge.
Luckily, the supposedly lost do not have the kind of energy. The "supposedly lost" float around on liferafts made of lead, uh-huh.
They are supposedly stuck in a loop of loss that changes its colour, depending on the angle it is being glared upon.
But cut the crap, here comes medicine.

Just listen to this fellow shouting here.
He has discovered the point (in his own opinion, that is).
However, this fellow is not the issue.
The fellow shouting has no business messing with anything.
The aesthetics, the ethics and other such qualities of things are far above.
Good and bad, ugly and beautiful.
It's earth calling, Miss F.
Swallow the pill like no tomorrow. 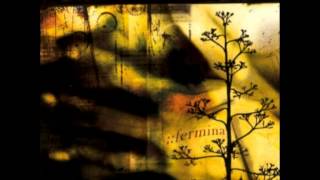