No Sleep For The Wicked Lyrics

No Sleep For The Wicked Lyrics


It's worse by the day now, every time I lay down
Words come alive in my head and they play loud
It's like they can't find a way out
Wanna pull the plug on their party, it's starting
To worry me, can't get to sleep when I wanna do
How would you feel if your lyrics just followed you?
Everywhere you went from the street to the bed
And repeated through the night everything you said
Tried so many things, pen and a pad
By the side of my bed but it's sending me mad
Every time I recline, I decline to opine
But there's always a rhyme at the back of my mind
Tried sippin on bottles of wine when I dine,
So sleep I can find when it's time for bedtime
Rest my head fine, but it's just no use
Sentences now they forming queues
I reckon, It's worse me than bein heckled
Right now my brains just a broken record
Sleep diminishes, when I start a song
And my mind won't stop cause I always gotta finish it
And when that songs done through to the end
The same track starts all over again
It's like my mind can't function, needs words to munch on
Came to a junction where traffic don't stop

There ain't nothing that's appealing looking at the ceiling
Your eyes wide open wishing you were dreaming
(Dreaming) And still the words keep streaming
It's only ever stops when I put em to rest
Then I've shooken the stress, no less
Plus I've tooken the best take let's say I ever coulda taken
Lost weeks of sleep so I had to be patient
You could be forsaken for thinking I'm mental
I let it all out in the vocal booth,
Syllables putting 'em to soulful use
Released from within this ain't a joke it's truth
Once I put em in a song, they can never bother me
What the hell is wrong with me, I didn't choose it
Absurd, why I gotta lock these words in the music
Some would say I'm blessed with a talent and yes
But only when I'm dead will they give it a rest 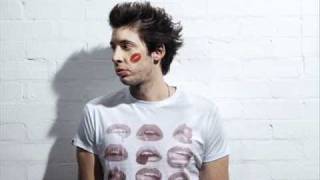