Finally there's sales-resistance
Record-business stagnates
The companies call it a crisis
They must be out of their minds
Still too much shit surrounds me
This popmusic dirties my ears
I wait for the beloved moment
That this music disappears
Record-companies investigate
New waves to cram down your throat
The next saturday nightmare fever
Another consumption-craze
New horizons in retailing
Make all noises sound the same
There's even muzak for silent movies
It's just all part of their game
So they let you into their studios
Recording your songs on their terms And they will take care of your business
It means they're after your share
Flirting with skill to convince you
Change the words and sound around a bit
Do them a favor do behave you
They promise you'll get a hit
But what if there ain't enough profits
On the products you make that sell
Don't worry yet
They'll recycle your songs when you're dead
The gang of four smiles
They think the e.m.i.'s their friend
E.m.i. smiles
He's glad the gang of four is fooled
Now he can exploit them
Look how happy they are 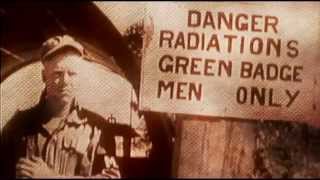 check amazon for E.m. Why mp3 download
browse other artists under E:E2E3E4E5E6
Record Label(s): 2008 The Ex
Official lyrics by