I’m from a city that breeds death, multiple shots firing
Home of the violent niggas wilding, half-city half-island
I was born in the wood, raised in the San Fernando valley
Where there’s eses and mostly Bloods
Big family so I had covers from different hoods
That taught me the landscape of the city and I was good
Driven by the desire to document the lives under fire
Then present it to you through the wire
Had to struggle with gang codes and navigate a path
Through the maze of Los Angeles becoming a man
Hopes become smoking the lung up here in the can
These streets respect killers and I’m just a man
But yet it’s still? remember that Chace told ya
The nation is infected by LA gang culture
I’m an all-game reporter live from the center
Where respected as an artist and a thorough street, nigga
My birthplace, my home, and I’ll be buried on Prairie across the street from where I was born in LA

I’m from a place where stars are born
Weather is never cold, hearts are never warm
The gang capital, night time injection, cut life is lethal
And daytime is a sunny place for shady people
It’s your boy, my father stole his son out the hospital
No loot wasn’t stopping his joy, had it popping
Raised in Santa Monica till their divorce
Six years old, I couldn’t see what was coming
Of course the plan, mom bounced on old man
Then we moved to the Venice sand
A young youth seen gangs firsthand Faked address for school, two educations
Rich friends then back to my land
You was hard where I’m from, it’s a well-known fact
Whether a white cat, brown, or black
When you heard shots it was never from starter pistols
Every night’s Fourth of July, launch your missiles
LA is different since my best friend is gone
Some moved locations, some just moved on (Rest in peace)
The neighbourhood changed, new faces came along
Had me asking myself if this a place I belong
My hustle is strong, I’m up before them
Rap caffeine marathon long, determined
Venice, California, 90291, let’s go

I got a sixth sense for danger man, a second-hand nature for war
The biggest rivals in my city is the law
I’m from that Pico Union district homie, f*ckk what you thought
We got trees, windows, and raw, whatever you on
I’m just a pawn in that federal plan to get us all on
A nice little high, shoot each other for crumbs
One by one, dying from wars that’s won by none
Some might come and make a bastard out of my son
So I’m strapped with a gun making sure the axis that come
From my body are only medicine pass through my lungs
I got that downtown psyche, Cortez with a Nike logo
Locos like me treated pipes like wifeys
Buying up and down the blocks nightly
Don’t take my block lightly
We’re screwed up like everybody in the world might be
Born into Union the 17th out the womb
In the 70’s repping Lost Angels through the musical melodies 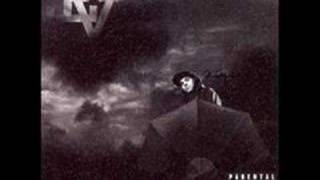