His smile shook the stenches of the rotten undergrounds
His snakelike words manipulated those around
But nobody cared 'cause he's the king of the world!
And around him, we never got bored

Jester, jester, come tell those funny jokes
The king doubles over, he laughs and he croaks
Hiding his insecurities behind a great, grand cloak
What a fantastic, powerful bloke

Knight, great knight, say "Where art thou?"
With your fancy sword and your Turkish bow
Please, sir Knight, make the King feel superior
And while you're at it, call in the fiddler

All these distractions and all of his might
Couldn't help the king with his deep, internal fight
With his army, he'd won many a battle
But this one, this one was different

Yeah, all the king's horses and all the king's men
Couldn't put him back together again
Because he abused and used and showed off his powers but
That's a story for another hour

Once upon a time, there was a f*cked up king
He wore a fake crown and took all of everything
The throne that he sat on was made out of lies
So maybe, just maybe, he'd fit in with the guys

Messing up his arm at 3 am, his favorite hobby
Ever since the sacrificed lamb
His servants, his peasants saw right through the show
This king, this ruler was beginning to slow

You see, his kingdom was falling and so were his walls
You could see right inside, see the true inner-calls
For help, he would scream both day and night
But why would we help him, he's the king with all his might?

So his peasants then left him on the floor to yell and bleed
Another good story to tell so it seemed
That one day they realized their fatal mistake;
The king, now dead, burned himself at the stake
Explain lyrics
Correct lyrics 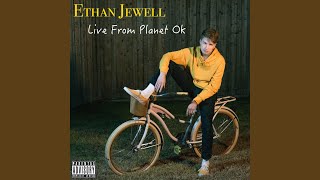 check amazon for The King mp3 download
these lyrics are submitted by itunes3
browse other artists under E:E2E3E4E5E6
Record Label(s): 2019 Guys With Big Hair Records
Official lyrics by