When I was 5, I wanted to be a Star Wars character
I would bounce around the walls and use the force to control all
Yoda would visit me and I would smile at him and then we'd defeat the Sith
See, I didn't need anyone to play with because I was happy with myself
The lightsabers, imaginary wars, and pretend heroism
When I was 8, I wanted to be a soldier
So I wrote stories about great adventures fighting a war
And through my words, I soared high above burning landscapes
And kept my people safe
I mean, it didn't matter who I was fighting as long
As I was fighting because that's what a hero did
I wanted to be a hero, and I wanted to save everybody around me
When I was 11, I wanted to be a comedian
So I cracked jokes to pass the time and I wouldn't ever rhyme
And I would force my parents to listen to the same jokes over
And over, and over, and over, and over until it was told just right
God I love them because they would laugh even after the thousandth time
And I would smile and hug them as my heart grew full from the sound of their chuckles
I mean, I just wanted to make them happy
When I was 14, I wanted to be a mountain biker
I wanted to zoom past hikers, discover new worlds, and find myself
I longed for dirt paths leading to nowhere
I yearned for a concrete jungle just waiting to be explored
I wished to be isolated in nature with nothing but the trees around me
And also with all of my friends
I mean, I wanted to find myself while searching the woods for answers
So I sit and I think to myself of everything I ever wanted to be And how no matter what how I feel that I will never be happy with, with just being me
Because now instead of wanting to be a hero
I desperately want someone to be a hero and save me from my own mind
And instead of wanting to defeat the Sith
I want to defeat the Darth Vader that lives inside the Anakin Skywalker of my mind
And to replace my want to be a soldier is a want
To end my own mental country and use bullets to do so
And instead of wanting to tell jokes and make people laugh I just want them to hear me
But they can't hear me over their laughter because I don't know how to breathe
I don't know how to sing, I wish I knew how to sing
Because maybe if it sounded pretty they would hear me
Maybe if it formed a melody they would hear my plea but they won't
Because now I want my mountain bike to crash
I don't want to explore the dirt, I want to be buried in it
I still want to find myself but I want to find it my way
I don't want them telling me, directing me, instructing me
Pulling the corners of my mouth up in a crooked smile like
I'm a puppet and they're the masters
I just want to find what I'm seeking after
Because trust me, I still want to be a hero, and I still want to get the girl
I just want to be remembered and I want to be sure
That when I throw myself off this building like Superman waiting to fly
That hopefully no one I love will shed too many tears and cry
Because I just want to be a hero
I dream to be a hero and when I don't grow up
I want to be a hero
Explain lyrics
Correct lyrics 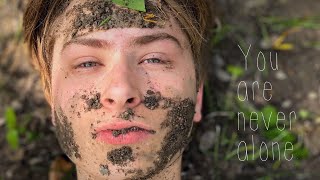