It ain't a needle in a vein, it ain't backstage sex
It ain't lines of cocaine on a private jet
It ain't having a posse full of hangers on following you around
It ain't long hair, tattoos, playing too loud, nah

It ain't a middle finger on a t-shirt the establishment's trying to sell
It's a guy with the balls to tell the establishment to go to hell
It ain't about the money you make when the record gets sold
It's about doing for nothing, cause it is in your soul

It's a rock through a window, it's a riot in the street
It's a rebel revolution, there's fire to go pieces
Burn baby burn, it's a brick in the wall
It's the first one to stand and the last one to fall
It's a hip shaking devil on the stage of Tutalow Here's to doing what you want instead of doing what you're told
Here's to preaching bout records til we both make our break
cause the Sheppard boy was guessing and led the flock astray 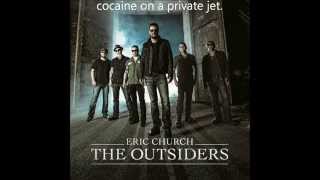