…As giant wings, fashioned from the flesh of the fallen, exerted their will to secure beast and rider's course in twilight's sky so the once placid night was disturbed. In legion they came with only instinct as guide spurred ever forward by an all-consuming hunger. A hunger so old that the truth in its origin was forgot, and so it came to pass… 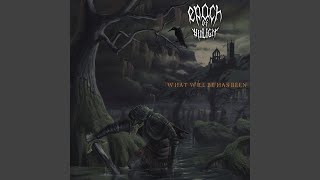