"Bending thoughts to the sky
I choose the path my will to try,
And through it all the night."

Frozen seeds of finite thoughts barren in less minds.
The untilled planes of higher thought-a waste in midnight sky
Silver beams on eddied streams the foolish wish to cross
The arrogance of ignorance while another watches on

Layer upon layer unbound in time and space-seeking the naught within the all A Looking glass spanning what was and is to be
And in it all a piece of me!

Blinding Infinities the naught becomes the norm
Receding boundaries to night's apprentice
A claim laid, now lies in wait
A call, a call to those that might! 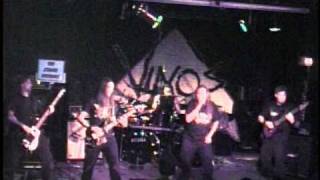 check amazon for Cardinality mp3 download
these lyrics are submitted by kaan
browse other artists under E:E2E3E4E5E6
Record Label(s): 2005 The End Records
Official lyrics by