Hands On The Wheel( Freestyle) Lyrics

Hands On The Wheel( Freestyle) Lyrics

She drunk dialin’, drunk dialin’, in the same damn time
as she drunk drivin’.
When I answer the call had the people walling in the
background (are we alright?)
Now she starts laughing, brakes start screeching, she
starts screaming, heard her car crashing,
Oh, shit, I start asking why the f*ck it happened and
she don’t answer.
I start panicking, running to the car, but I got to get
the keys and remember where I parked,
And I got to hit police and then tell ‘em she involved
in an accident, I don’t want her to be harmed
So I’m speeding and I’m weaving in the middle of the
street ‘round three ten
And I know another clock is ticking, but I’m hoping
that I can get there and I beat it.
At the scene of the crash and I leave there the flash
and I didn’t even take all the keys out the dash
Looking at the flipped SUV in the grass, and a couple
broke trees look meeting and smashed
Oh, oh, jeez, this is bad, ain’t nobody moving, ain’t
nobody screaming,
Ain’t nobody sitting in the front anymore, I soon have
a prone for the seatbelt.
Now the ambulances pull in, and the EMT’s they all
sprinting,
Found bodies burnt in the backseat and the driver seem
to be missing.
They started searching and sniffing, looking at me with eyes that ask questions,
I ain’t have any answers, though, so they started
getting aggressive, like
“where they driving at?” “do you think there’s a chance
they survived the crash?” Just smiled back.
And the windshield didn’t even had a crack, how the
hell in God’s name they mcgyaver that?
Sirens flashing behind my back, I turn around to a
clown behind the badge
Heard a couple rounds and a fired gat, and I hit the
ground quick and they fired back
Oh, shit, what was I involved in? who the hell was the
woman that I called in?
How the f*ck I end up in a cross fire with the assault
riffles and marksmen?
That’s one cop down, two cops down, cry for a second
and a few more rounds
Everybody dead, but my boo right now, I got to make a
move right now.
I don’t wanna be a victim, I don’t wanna talk, I don’t
wanna be a witness
Or accessory to no murder, ‘cause I f*ck with all the
wrong bitches.
And I just wanna forget this, to skip town and I go on
living
But the problem is I’m involved with her, but so bad
it’s the bitch that I live with. 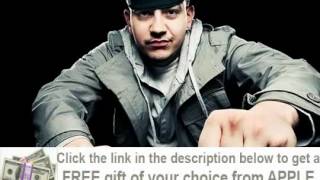 check amazon for Hands On The Wheel( Freestyle) mp3 download
these lyrics are submitted by kaan
browse other artists under E:E2E3E4E5