Chrome heater, street sweeper
Gun shots get deeper, cough up a lung and a liter
Twelve shot Nine now, one of my new pets
And when these twins squeeze it sounds like duets

Nigga burn, yeah, my Fam learn to earn
We got shit locked with no key holes to turn
Platinum Navigator, easy when you earn a buck
It's like a big f*ckin' beeper when you turn it up

And who's Jeter? The Don Juan for you Don Con's
In the double Nine Yukon, tote two arms
From Brooknam 'til death do
And I bet you when I spit shots they connect to dead you

Lil' monkeys postin' for wreck
They get trapped up and extorted for your toast and your vest
I'm no joke, so laugh and be laughin' to death
And if you think it's so simple, you'll be gassed and then left

It's the game tight nigga, chain two below
I'm a Gigolo Mommy, the fame I ain't fo'
The foes I don't hate, hoes I don't chase
Henny I drink straight, my money is big faced

For you small change niggas who playin' to ball
I got six digits now, what you playin' it for?
I'm the youngest out of Marcy and the shit don't stop
Steppin' up to the top 'bout to have shit locked.

My automatic stoutest be off balance Gun with the silence
Outta state, mad mileage
Your crew wild but we the wildest

Switch my trigger finger often to prevent a callus
For me many Men hold malice, I react with violence
Since we tryin' to double the dough, we double the sins
Even the gnats is double now lookin' like fraternal twins

The rap killings be serial
The FEDS tried to link Da Rainjahz to the crime
Through the use of genetic material
I'm takin' all bets, who want it?

Wise, hard to touch, weavin' shit like Prince Naseem Hamed
The flow is Ten karat and your lyrics is poor
Big horse, plus you walk like your salads been tossed
Smoke the explosion, rock second hand gold thats stolen

Straight haul off and smack a nigga just for posin'
Bleed Hennessey, rhyme like theres Ten of me
So you remember me?
Every verse, I'm on should be considered a felony

Why the f*ck niggas be hatin'? I don't even know
Niggas need to go ahead with them outdated flows
Da Rainjahz 'cause precipitation, and we rain in this bitch like
Hurricane Mitch

f*ck the fame, son, I'm in it for the dough and another whip
Ghetto cracked out on some other shit
Style switch, leave the whole city dark like the Mothership
Ya'll know the half, I hold the Nine with the rubber grip

Seen less, ya'll re-imported by the government
If I wasn't rappin' I'd be on the corners bubblin'
Doublin' my cream on a triple beam
Instead I keep the team tight and feel like ain't shit gon' divide us

Not even riches, not even bitches
Look now, niggas of the World stay paintin' pictures
Of the inner-city realness
Who can relate? roll and fat one and feel this
We put it down 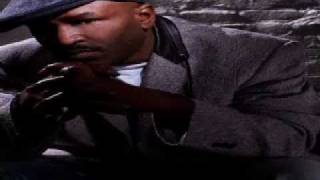