Puttin' People On The Moon Lyrics

Puttin' People On The Moon Lyrics

Double Digit unemployment, TVA be shutting soon
While over there in Huntsville, They puttin' people on the moon

If I died in Colbert County, Would it make the evening news?
They too busy blowin' rockets, Puttin' people on the moon

Mary Alice quit askin' why I do the things I do
I ain't sayin' that she likes it, but what else I'm gonna do?
If I could solve the world's problems I'd probably start with hers and mine
But they can put a man on the moon
And I'm stuck in Muscle Shoals just barely scraping by

Mary Alice got cancer just like everybody here Seems everyone I know is gettin' cancer every year
And we can't afford no insurance, I been 10 years unemployed
So she didn't get no chemo so our lives was destroyed
And nothin' ever changes, the cemetery gets more full
And now over there in Huntsville, even NASA's shut down too

Another Joker in the White House, said a change was comin' round
But I'm still workin' at The Wal Mart and Mary Alice, in the ground
And all them politicians, they all lyin' sacks of shit
They say better days upon us but I'm sucking left hind tit
And the preacher on the TV says it ain't too late for me
But I bet he drives a Cadillac and I'm broke with some hungry mouths to feed

I wish I'z still an outlaw, was a better way of life
I could clothe and feed my family still have time to love my pretty wife
And if you say I'm being punished. Ain't he got better things to do?
Turnin' mountains into oceans Puttin' people on the moon

Turnin' mountains into oceans Puttin' people on the moon 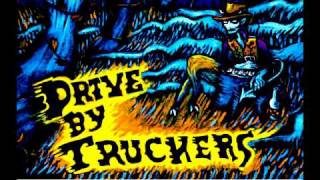