We were bored, there was nothing going on.
Might as well stay at home and drink until we pass out again.
Then drink some more when the morning comes.
Memphis was sinking into the Mississippi.
We were doing our best just to ride it down.
Till the night G.G. Allin came to town.

"Honey, I dont believe this,"
the old man at Ferguson's Cafe kept saying to his wife.
As he read aloud The Memphis Star and their account of what went down that night
"It says He took a shit on the stage and started throwing it into the crowd. But He was gone before the cops could come and shut him down."
Gone before the shit came down. 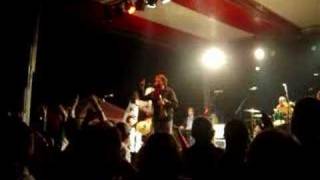