Dropped acid, Blue Oyster Cult concert, fourteen years old,
And I thought them lasers were a spider chasing me.
On my way home, got pulled over in Rogersville Alabama, with a half-ounce of weed and a case of Sterling Big Mouth.
My buddy Gene was driving, he just barely turned sixteen.
And I'd like to say, "I'm sorry", but we lived to tell about it
And we lived to do a whole lot more crazy, stupid, shit.

And I never saw Lynyrd Skynyrd but I sure saw Molly Hatchet
With 38 Special and the Johnny Van Zant Band.

One night when I was seventeen, I drank a fifth of vodka, on an empty stomach, then drove over to a friend's house. And I backed my car between his parent's Cadillac's without a scratch.
Then crawled to the back door and slithered threw the key hole, and sneaked up the stares And puked in the toilet.
I passed out and nearly drowned but his sister, DD, pulled me out.

And I never saw Lynyrd Skynyrd but I sure saw Molly Hatchet
And the band that I was in played "The Boy's are Back in Town".

Skynyrd was set to play Huntsville, Alabama, in the spring of 77, I had a ticket but it got cancelled.
So, the show, it was rescheduled for the "Street Survivors Tour".
And the rest, as they say, is history.

With Bon Scott singing, LET THERE BE ROCK! 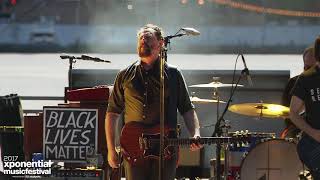