Life ain't nothing but a blending up of all the ups and downs
Dammit Elvis, don't you know
You made your Mama so proud
Before you ever made that record, before there ever was a Sun
Before you ever lost that Cadillac that Carl Perkins won

Mr. Phillips found old Johnny Cash and he was high
High before he ever took those pills and he's still too proud to die
Mr. Phillips never said anything behind nobody's back
Like "Dammit Elvis, don't he know, he ain't no Johnny Cash"

If Mr. Phillips was the only man that Jerry Lee still would call sir
Then I guess Mr. Phillips did all of Y'all about as good as you deserve
He did just what he said he was gonna do and the money came in sacks
New contracts and Carl Perkins' Cadillac

I got friends in Nashville, or at least they're folks I know Nashville is where you go to see if what they said is so
Carl drove his brand new Cadillac to Nashville and he went downtown
This time they promised him a Grammy
He turned his Cadillac around

Mr. Phillips never blew enough hot air to need a little gold plated paperweight
He promised him a Cadillac and put the wind in Carl's face
He did just what he said he was gonna do and the money came in sacks
New contracts and Carl Perkins' Cadillac

Dammit Elvis, I swear son I think it's time you came around
Making money you can't spend ain't what being dead's about
You gave me all but one good reason not to do all the things you did
Now Cadillacs are fiberglass, if you were me you'd call it quits 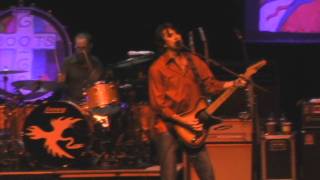