Don't get me wrong It just ain't right
May not look strong, but I ain't afraid to fight
If you want to live another day
Stay out the way of the southern thing

You think I'm dumb, maybe not too bright You wonder how I sleep at night
Proud of the glory, stare down the shame
Duality of the southern thing

My Great Great Granddad had a hole in his side
He used to tell the story to the family Christmas night
Got shot at Shiloh, thought he'd die alone
From a Yankee bullet, less than thirty miles from home
Ain't no plantations in my family tree
Did NOT believe in slavery, thought that all men should be free
"But, who are these soldiers marching through my land?"
His bride could hear the cannons and she worried about her man

I heard the story as it was passed down
About guts and glory and Rebel stands
Four generations, a whole lot has changed
Robert E. Lee
Martin Luther King
We've come a long way rising from the flame
Stay out the way of the southern thing 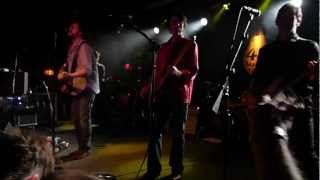