Gran Gran keeps a box of spiders.
She says they're on me when I sleep.
Waiting in the out-house for me.
underneath the seat.

My great-grandmothers bout ninety-seven
and she is sure when she gets to heaven,
old St. Peter's gonna throw his arms around her and say
'I've waited so long for us to meet'.
She put the General in a box
and buried him behind the Stoney Point Church of Christ, when I was three.

(and she says) "When the lord comes to take me,
I'll die with a smile on, cause He's taking all my pains and fears."
She said The Generals last words were
"It's hotter than hell in here". 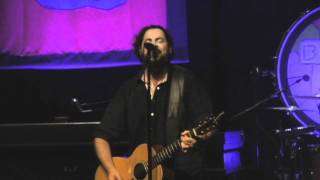