[Verse]
Judging by my wrist, I couldn't tell you the time
'Cause to a bitch I'm Ned Flanders, Psycho Bob in disguise
'Cause if you bop into me nigga, then you don't want your life
And Jesus died for these shoes and still can't tell you a price
Twitter thuggin', I ain't even finna mention these guys
'Cause if nigga pull a toad, that's when niggas turn nice
Big forty, I ain't even gotta mention it twice
What we on, shit we f*ckin' niggas' bitches tonight
Somethin' fishy goin' on, finna cut on the lights
'Cause we done gang banged this bitch and her nigga outside
Shit I'm trippin', all he wanted was a picture this time
All these niggas been fly but never entered the sky
Tough nigga, he just want to drink liquor and die
These shells fly, let's see if he can drink liquor and drive
These niggas never seen a sale, think these niggas would cry
Stinc meetin', the bleed team, but don't gotta mention the crime
'Cause you should know the consequences if you flippin' a dime
Not everything makes sense, but nigga listen in rhymes
Niggas act tough, what, now he can't feel in his eye
Don't got to blow a ho nigga, silly billy is mine
Maison Jeter, cold feet, for nigga these your people
Lookin' at me crazy, never seen a cold demon?
Sabatoge your career, I told you to stay still
Niggas caught a heart attack when we said we neutered their kids
Don't play with me, I know I be trippin'
Whole brick in my hand, oh you ain't know I be sippin'?
Niggas said they f*ckin' with me, must be high off crystal
Bitch it's the 2Greedy family, yeah the Stinc Team
If I don't got it I'ma go and make a chink bleed You know bop bop bleed 'em what the thieves say
I'll take your shit and put it on eBay
I know I got a problem, shit that's what my peeps say
Balmain PRP's, that's what my jeans say
Nigga know it's levels and shit, we on the freeway
But this bitch goin' over the dash, f*ck what the speed say
I always keep the bloodiest bottoms, that's what my feet say
Please get at me, I ain't higher than none
The only time you see me running is when hidin' a gun
I done poured so much juice I think my body went numb
I got a keep a blower shit around the grimiest ones
Spillin' juice on the ground, I was told I'm mud walkin'
Bambino just walked in, now the plug talkin'
Bust down my Rollie, on [?] went flossin'
Just crashed the Masi, now we up in the the Jag-ski
It say one-twenty but we 'bout to do the dash-ski
It was named mister big bang uchie so don't ask me
Bought a Moncler coat 'cause it get cold in the winter
And some Maison Margielas to match the gold as I enter
The heaven gates, the podium with the coldest of niggas
Would make this nigga cry and strip the gold off this nigga
Name bag, caught yourself tryna threaten a nigga
If I slap this nigga he'd probably try to wrestle a nigga
Show this nigga Maison Jeter and step on a nigga, nigga
Weird ass niggas

[Outro]
Don't talk to me nigga
Yeah we out here
Weird ass studio thuggin' niggas
I'm not with all that, nigga
The F&N break the vest, weird ass niggas, nigga
We get it all off the streets, street money nigga
This ain't for fake, haha
Nigga, the chinks know me, the Ruler 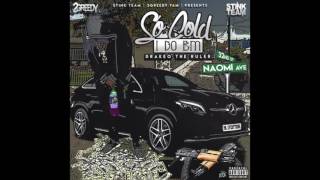