[Verse 1]
Sheesh, they like Drakeo we love your lingo
Ten chains on, still sittin' in front of Deebo
Tuck for who? you better duck, I shoot
I ain't really with that talkin' none', dodgin' nuns, ugh
You know my lifestyle
Forty with shanaynay for niggas who think they fight wild
Pull up to his block at midnight and let the lights out
Executed Krusty in public, I never liked clowns
Sideshow Bob, pipe down, don't you know the mic on?
The Ruler, the Ruler, Mr. Maison
Freddy versus Jason, the f*ck you niggas sayin'?
You see blood everywhere, that's just the battle of the Maisons
Who me? who me? no me don't do no playin'
Bambino the massacre, niggas be with that actin' shit
One move, blastin' him, long range from Africa
Send suicide bombers in your house if you keep yappin' it

[Verse 2]
Cold devil, shit I might just be heaven sent Shoot you and your kids and the messenger, I'm tellin' you
Don't go against the word, you'll get hung, it's embarassing
My hit man treacherous, the plug on the medicine
Professional stoner, just know this nigga is on it
Had to Wesson my opponents, niggas is organ donors
I'm handsome, stones from the mansion
Eighty to the face, that's for ransom, we taxed him
The 2 Greedy bastards, the new wave savages
Niggas crazy bruh like I been had racks and shit
Been had crashed the whip, been had masked and shit
Hangin' out the window like that bitch sing opera
Niggas be talkin' money but never ain't coppin' shit
Bands on a feature 'cause they know that I be poppin' it
He wanna be popular, I'm worried 'bout coppin' shit
Pops on my knots and shit, ayy Drakeo you droppin' this? shit 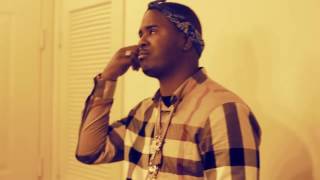