[Verse]
Hanging out the window, I'm a nutso, klepto
Big .40 bulging, tell me who gon' really bust though
Heard it was beef so I brought shit that got nuts on it
Preaching the word, I might be Creflo, hell no
Shit getting ugly, might have to pour this Mello Yello
Sheesh, I'm riding with a felony
Niggas is jokes, who cosigned 'em, Bill Bellamy?
"The Stinc Team, they gettin' real dollars," bitch, you tellin' me
This 50K in real life, f*ck all this shit you sellin' me
Everybody eatin' smoothie, on Big Pun mode
Drakeo got that Draco, the f*ck I'ma run for?
Everybody tough until them guns go blaow blaow
Ralfy, you blind him, that lil nigga think he pow wow
Big juice cup, lil' nigga I'm magic, Don Juan, ugh
Man, these niggas with the talking
Poured in a foreign, whoops, I almost Paul Walker-ed
Niggas thought it was a joke when I came in with the stockings
Hopping out the Batmobile, Bruce Wayne, I'm robbin'
Yeah I'm ill though, what's the deal though?
Want to rip the Stinc Team, well, hop out and kill somethin'
Rollie on my wrist came from long nights of hard thuggin'
The acronym is F&N, I ain't really with that bar tussling
Nigga, f*ck the studio, I'm really in the yard thugging
Pull up on Naomi, fifty niggas in the yard clutching
We got all Givenchy in my pocket
It's 'bout fifty niggas talkin' 'bout they robbed me
Bro, these niggas so silly
In the field, rap ain't payin no bills, it's getting tricky
And on top of that I'm poured and my fingers is gettin' itchy
When you see me in the club, niggas know I'm Money Mitch-ing
Wrist breaker in the club, it cost me a pretty penny
Acting like they want to get me, niggas playin' like they with it
Shoot up with a p*ssy nigga, hope he find another kidney
Pouring fives in the soda, tryna buy another kidney
I'm a baller and she know I'll never call unless it's offered
That you breaking gang, no I'm never faking
I got gate scrapes on Maisons
My nephew named Mason, who really want to say shit?
What's that in your wallet? Shit, bald-head Jasons
Riding in all black but the whip Caucasian
On the gang that I claim I just made the roof brainless
That's the 2 Greedy Stinc Team, and we don't do no playing
Wake him up, shake him up, chopper make him go ugh Mayday, man down, I guess he thought he was Suge
Ride up on Drakeo, shit, I wish a nigga would
He must not value life but, shit, I guess it's understood
What's the deal though? Man, who real though?
It's the Ruler, everybody gotta feel for
Are you gon' ride for me? are you gon' kill for me?
Pull up to this block right here 'cause we for real thugging
Boom, boom, boom, boom, let that bitch rip
If i could write a movie I would recreate the Exorcist
I'm heaven-sent, nigga think twice who you messing with
Giving niggas hell 'cause up top they say the best was full, shit
Crazy, ain't that shit crazy?
All this rap beef and sneak dissing is amazing
Silly ass niggas, please get your Bin Laden up
One for two a nigga like I got a million followers
Drakeo, calm down, time to turn this to the Holocaust
Niggas know who brought the guns, niggas know who havin' fun
'Cause if I call you-know-who you know the job is done, ugh

[Outro]
Come on, this shit regular
Sauce come on, do 'em, man
Shit, finna f*ck the streets up but it's regular
What'd I say in that other shit?
I said what's that in your noggin, ha, no, no, I didn't
What'd I say, I said what's that in your wallet, bald-headed Jasons?
Nigga don't even carry wallets, all that
Man, we ain't with all that sneak dissing, all that shit niggas be doin'
Niggas know what time it is, niggas know it's regular
Come on, y'all heard me, I'm the truth
All that nigga, slide in the fifty, slide in a day
Let me know where I'm lying at
Come on, let's stop playing, nigga
Niggas already got a new rumor
Saying 7-18 thugging in the 'caine, you know what's up
Ahh, tell 'em to go like this
I'll beat your big homie up
That's how you get that nigga, ugh
Come on, stop playing
Nigga, you know this shit regular, alright
Nigga, shit I'm Mr. Everything, nigga, let's be real
Okay, a nigga been had that, been had
On some Jawar shit, been had, been had, been had, been had nigga
That nigga said he asked if it's a Prezi and Obama started laughing
Man, these niggas know the deal though
Free all my niggas, free Rozzy, free Flaco, Nutty
Shit, Keeda, Moneybag, free Lucc', Joe, D-Rock, PK, shit
Man, free all my niggas, dawg 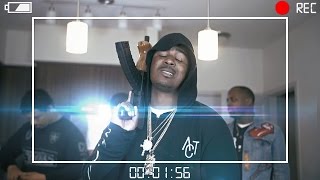