Too Much
Drake
Lucky Lefty Congratulations Best I Ever Had Lust For Life Brand New City Is Mine Money Remix Replacement Girl Sooner Than Later 0 To 100
Official page Drake wiki Too Much (Ft. Sampha) video Drake twitter Drake facebook

Too Much Lyrics (ft. Sampha)

[Verse 1: Drake]
Done sayin' I'm done playin'
Last time was on the outro
Stuck in the house, need to get out more
I've been stackin' up like I'm fundraisin'
Most people in my position get complacent
Come places with star girls, end up on them front pages
I'm quiet but I just ride with it
Moment I stop havin' fun with it, I'll be done with it
I'm the only one that's puttin' shots up
And like a potluck, you need to come with it
Don't run from it, H-Town in the summer time, I keep it 100
Lot of girls in my time there, word to Paul Wall, not one fronted
Birthed there in my first year, man I know that place like I come from it
Backstage at Warehouse in '09 like “Is Bun coming?
f*ck that, is any one comin'
Before I show up there and ain't no one there?”
These days
I could probably pack it for like twenty nights if I go in there
Back rub from my main thing, I've been stressed out
Talkin' to her like back then they didn't want me, I'm blessed now
Talkin' to her like this drop, get a million copies get pressed out
She tell me
“Take a deep breath, you're too worried about bein' the best out”

[Hook: Sampha] [Verse 2: Drake]
Someone go tell Noel to get the Backwoods
Money got my whole family goin' backwards
No dinners, no holidays, no nothin'
There's issues at hand that we're not discussin'
Look, I did not sign up for this
My uncle used to have all these things on his bucket list
And now he's actin' like “Oh well, this is life, I guess not, f*ck that shit”
Listen man, you can still do what you wanna do
You gotta trust that shit
Heard once that in dire times when you need a sign, they appear
Guess since my text message didn't resonate, I'll just say it here
Hate the fact my mom cooped up in her apartment, tellin' herself
That she's too sick to get dressed up and go do shit, like that's true shit
All my family from the M-Town that I've been 'round
Started treatin' me like I'm “him” now
Like we don't know each other
We ain't grow together, we just friends now
Shit got me feelin' pinned down, pick the pen up and put the pen down
Writin' to you from a distance like a pen pal, but we've been down 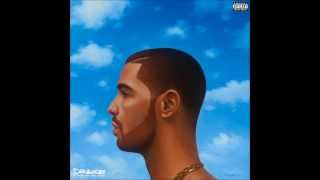