Going In For Guns Lyrics

Going In For Guns Lyrics


I was on my ACT upgrade, standard 4vX
The AWACS guy was out to lunch and I couldn't get no
decs
I knew that they were hostile but I couldn't take the
chance
So I flipped the switch to outboard and said, "Boys
it's time to dance"
And they asked me where you going as I started to
diverge
Said, "I've had enough of this shit, man, I'm going to
merge"
'Cause BVR is great but now it's time to have some fun
So Darkstar Judy Judy
I'm going in for guns

I was flying out at Nellis doing dark grey WIC support
I was out there by my lonesome 'cause my buddy was a
mort
When I saw that big fat f*cker in a turn off to my
right
He was either lost or he was looking for a fight
So I put him in my HUD and I almost flipped the switch
But then I thought, how could I miss? 'Cause that's a
huge bitch
And only a big p*ssy would use his two fox one's
It's time to get medieval
I'm going in for guns We were back in Iraq for the second set
Killing every f*cking thing that they parked in a revet
When I saw me close to 69 trucks parked in a row
I knew I shouldn't do it but I just could not say no
So I called up twenty mike-mike and I rolled in for the
pass
Knowing my commander, he was going to chew my ass
But this issue's black and white like a school bus full
of nuns
And someone's gotta make the call
I'm going in for guns

I'd just been out for Mexican and my stomach was in
knots
From a greasy chimichanga and two tequila shots
I had to step in five for my one DACT
As I yelled over my shoulder, "Don't nobody wait for
me"
I was running down the hall like I'd never run before
And I began to wonder if I'd make it to the door
'Cause every second counts when your ass has got the
runs
I made the call behind the stall
I'm going in for guns 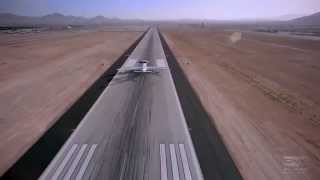 check amazon for Going In For Guns mp3 download
these lyrics are submitted by kaan
these lyrics are last corrected by Alan Kuhn on October 22, 2019
browse other artists under D:D2D3D4D5D6D7D8D9D10
Record Label(s): 2006 Dos Gringos
Official lyrics by