[Intro :DL Incognito]
Eh yo
To all the rappers, rap artists, entertainers
producers, DJ's, breakdancers, graffiti artists
Takin' it back, back to the essence, back to the roots
When shit was really, you know? rugged and raw

[Verse 1: DL Incognito]
DL is like hated by green piece
Cut more trees, so I can get more paper, then rob more beats
Yo brothers screw face me, ladies kiss they teeth
Underground niggaz, know my shit is deep
Some niggaz give me pounds, yaps, and salutations
I'm ahead of ya game, I'm ya motivation
I'm what hip hop is, ya stations hatin'
Im loved by segment of the population
It's not everyone that can relate to this
I'm biased, the flyest, wit the mic and shit
I grab it, a bad habbit, that's hard to shake
I'm magic on vinyl, cd or tape
I got a large appetite, check the food on my plate
I want the whole enchilada, my stomach got place
My stomach got aches, my stomach got space
Like the room you got up in ya escalade
I jack all treys, got a hustlers mind
And when disaster strikes I bust a rhyme
And niggaz bust they nines and don't kill one
I'm move like now, while niggaz catch a bad one [scratches]
"Rugged Raw is what we bring for.." [x4]
"We representin' up north"

[Verse 2: DL Incognito]
I'm not just another rapper tryin' to get put on
I've been on, I'm plugged in like a lexicon
You ever one of my songs, well thought out son
I spit rhymes to lubricate the eight away drums
I put my best foot forward, never move awkwards
Spend time on your lyrics, then on your performance
The teams gettin' enormous, got niggaz world wide
Got my man Grouch on it, the cut base line
Cut the rhyme time in half, give you two verses
20 bars each, three hooks and some cursin'
Got no radio version, play the street mix
You built for late night college and shit
Yo peace to the one the Twins down in New York
I keep my rhyme style lengthy, but the shout out short
Got you all in the credits of my album insert
For those not metioned, I ain't sayin' a word
We never waited for a deal, we made it happen
No longer are we ignored, the labels askin'
What the f*ck is up with the Nine Planets
We about to take the world by storm damn it 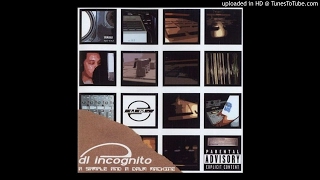