f*cked the DA on my way here
I made some millions on my way here nigga
I seen your comment on my way here
I laughed my ass off on my way here nigga
Bentayga with the brain bust open
That new Mulsanne got the brain bust open
Play them racks like Jimi Hendrix on the guitar
Load my gun, cock it back and then I push start
I can't name how many times they tried to clone me
I can't name all the names that tried to clone me
This dirty money help me see the double
Sidity thots, know they ain't forever
My trials and tribulations playing out on blogs
Spend three hundred thousand or better, that's on all the cars
The Maybach park itself, nigga
That Range Rover came with steps, nigga
Electric tables in the back, I'm eating filet mignon
He been 44'n all year, I put that Rollie on
Trapping good all year, put the Rollie on
They parading in the streets, you gotta keep a drum
Say a prayer for my young nigga, know he dumb
The murder rate going up nigga
I done ran this check up nigga
Get hit up from the neck up nigga, yeah
The goyard looking like a graveyard
Murder money, I'm in love with murder money
Old friends of me turned into my enemy
My money and fame changes niggas into enemies
All my hard work and lonely nights no sympathy
Want to send a hit but too far in the industry
I feel your energy, I know you niggas envy me
They rep the gang that bangin' it out in penitentiary
I watch the shit come out your mouth and it's finicky
I'm tryna love you but I doubt I'll scream infinity
With these billions on my mind, it's hard to be cohesive
Gettin' that A-Rod money like I hit the needle
Keep a spanish mamacita like a Fanta liter
And I gave 'em all dope and they pissed off
Got my lil Haiti babies waiting so they can wack ya
I got my Memphis Ten niggas waiting to jack ya
I got some DC niggas waiting to kidnap ya
I got the clappers, finessers and the trappers Before the rap change, you gotta go dap em
Don't forget to look at niggas when they after ya

I told Future I can see the future
Told my bitch I love you 'fore I knew you
I know I'm blessed nigga, hallelujah (I'm grateful)
And if you diss me then I might shoot ya (brrrrt)
You don't f*ck with me, the feeling mutual (f*ck you)
Half these rap niggas owe they jeweler (f*ck 'em)
I was selling keys to success
I was coppin' keys outta Texas
New Wraith with the stars in it
New Porsche, condo, living room cars in it
Ace of Spades with the Percocet and bars in it
Young shooters, real soldiers put they heart in it
Let's talk 'bout all this money we make and all these niggas they hatin'
Let's talk 'bout runnin' that bag up fast cause we ain't got no patience
Let's talk 'bout poppin' strips and Xans like we're patients
And them fed's allegations will have you pacin'
Million dollar dope boy, I gotta be grateful
You tryna get that 100 mil', I'ma race you
Dope boy, I ain't never wanna be a rap nigga
Billboard reporter LA Reid just signed a trap nigga
New York Times read Jay Z just signed a trap nigga
Kitchen like it's Thursday, you heard? Might bring it back nigga
You f*ckin' the money up if I'm being honest
Gotta be grateful, I never break the promise, I know my plug love me
I know my bitch hate me, I heard my hood salty
I tried to tell 'em it ain't my fault, it's just my blessings called me
But since they hatin' on an nigga I'ma keep ballin'
And I ain't textin' that bitch back because she keep stallin'
If she ain't f*ckin first night then she just miss her callin'
f*ck a plea, I'm goin' to trial, poker face, I'm all in
Patek Philippe, AP, 40 mil', I'm all in
Plug hit my line I act like I ain't see 'em callin'
I worked so hard for mine I'm tryna get some free bands
I'm the king of the city, my house Graceland
No respect for rappers, they respect the coke man
That's why your favorite rapper actin' like the dope man nigga 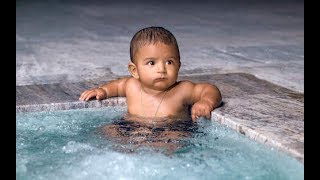