Yeah, f*ck these niggas, I don't trust these niggas
Pull the knife out the AK, and cut these niggas
Put the knife back on the AK, I throw the AK away,
I get the nunchuck and nunck these niggas
I am, out of my mind, Jarren, you gon' really sniff all of those lines?
Where the f*ck were you when I was out on my grind?
Stress bout to blow my brains out of my spine
Insane in the membrane, sick with the pen game, y'all niggas been lame
Frickin' faggot, gagged and f*cked in the ass like the Gimp did Ving Rhames
Eastside tyrant, little bit of vibe when I flee from the sirens
I hit a nigga in the leg with a tire iron,
and crack him in the f*cking skull with a fire hydrant
I'm a beast, I'm a god, I'm a killer, I'm a pimp, and I walk with a limp
You're a geek, you're a lame, you're a bitch, you're a fag, bitch you talk with a lisp
Like "Hey Dizz, with the (?), always (?) feeling, wanna party"
Meanwhile, I'm with your f*cking baby mom at the drive-thru at Hardy's
She say "Yeah, I thought you were ballin'", bitch you see the Hardy's at Arby's
Bougie ass trick still let a nigga hit, so I f*cked her in the back of an RV
What up to my nigga named Dizzy, hoes throw the p*ssy at a nigga like a frisbee
Hatin' ass niggas gon' hate, better load up the guns,
till the p*ssy ass niggas come kill me, feel me
Chop ya, body up, put it in my locker, freeze it, cook it, put it in my pasta
The chopper go 'brah' in your mouth like banaca, drop ya,
call the f*cking coroners and doctors
Duct tape and rape ya, As-Salāmu `Alaykum, killers from Jamaica,
they gon' let you meet your maker
Funk Volume bitch, we don't need a f*cking major,
Mr Benton sickest motherf*cker from Decatur

Okay, they let me loose and I'm at it
Bitch I’m noose neckin' this rap shit Got a gang of hoes on my matress
You a bitch nigga, you manson
Man I'm too much for you niggas
I could murder you on yo own song
Give my flow some turbo
End up breakin niggas like O-zone
Kill a nigga quicker than a mili to his temple
Drag his f*ckin' body beneath the 2 cylinder
You too weak, and me I’m too villainous
Ain't shit safe bitch I ain't through killin' it
Bitch I'm hard as I do claim, bitch I'm harder than you claim
I get on anybody’s song and make that shit part of my food chain
Boom, bang, bang, boom, bitch back, back better gimme some room
I got a wild mind, I'm on a million shrooms
Codeine cups look like a million prunes
I'm ill, and I want it, those two deadly components
Anything I'm in, I always win
Can’t even picture havin' opponents
Bitch!

They done f*cked up, fetch the bong
Remix bitch I'm extra on
I’m rollin weed, overseas
Funk Volume bitch we finna set the tone
Can’t trust 'em, f*ck it, put em' in a bucket
Wanna see my dick so you could hug it?
Came a long way for niggas to f*ck with me the long way
Independent on the motherf*cking budget
Man I’m never putting this mic down, right now it's my lifestyle
Change your lives on a high cloud, I got marijuana all in my white owl
So the hoes wanna hit it,
niggas get to witness the bitches that really groupie for a livin'
I’m at the show, she at the front, now she at the hotel trying to get the motherf*ckin' business
Hold up, hold up, why everybody on my dick?
Is it cause I rip songs, hit bongs,
with hit songs and niggas wonder how I'm getting on like this
Damn, find another lover
Can't trust 'em cause we tired of each other
Brother, Las Vegas will never have another
Tell XXL want the motherf*ckin' cover 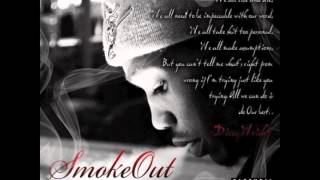