An Eternity Of Pain Lyrics

An Eternity Of Pain Lyrics


Caught and beaten, once the witch hunters have
tracked you down

Taken to a filthy cell to be prepped for your
confession and lesson, you'll be shown just what
the hands of god will do while the church has you
kneeling down under it's rule

The crime and shame of the inquisition horrible
tortured, brutally burned. Degredation stifled decency
The filthiest passions masqueraded under the cover of
religion, killing to bestow the fear of god

The floodgates of persecution have opened wide
The biblical delusions of the churches' mind
Bigotry and rigidity, ruled as their oppression grew Never were so many so wrong so long

Once accused, there is no escape, condemned to die
By burning at the stake first, you're tortured to the
brink of death inquisitors never took a rest they
won't stop until you've taken your last breath

Life, an infinitesimal speck on the limitless canvas of
Eternity, a seething cesspool of human emotions gone
sour, it destroyed the principles of honor and justice a
cauldron filled with two hundred yars of pain it
opened wide the rosters for the hall of shame 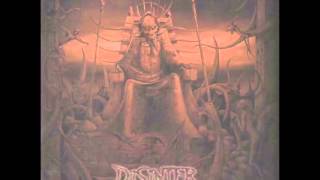 check amazon for An Eternity Of Pain mp3 download