*Schmoove sings for a bit*

[Shock G]
Yeahhh, well we're back with another one
Comin hard and got suckers on the run
You say, "You guys are known for havin fun"
Yeah well we'll do what has to be done for us to be number one
And you ain't never heard nuthin this funky son
You ain't never heard nuthin this funky ever, it's too clever
Rhyme goes through your mind like a guillotine severs
the head, my friend
And you will never hear nobody rap like this again

[Big Money Odis]
You ain't heard nuttin this funky brother, it's like no other
You feel the bass bouncin off the walls like rub-bah
The real McCoy this ain't no toy or another
How do we do it? (Shock G: Yo go ask your mother)
The freak needers, the beat leaders
Let me tell you somethin, you ain't heard nuttin this funky Peter
So listen up as we begin
Aiyyo Fuze rub the record in

[both] cause you ain't heard nuttin this funky (4X)

[Shock G]
The definition of a rhyme sayer, beat layer
Mothersucker perpetrator slayer
Layin down the law like the Mayor
You're out of luck, Hucklebuck, I'll suck you up like a Now or Later
You say that you're a trooper, then I'm Darth Vader
You're a Cowboy, then I'm a Raider

[Shock G]
If you worked in a kitched, it'd be sweeter
From the rappin that I hear, you'd make a better egg beater
A teeter totter, or should I say, totter teeter
You're through, you're a court and we're leaders
We got the style you admire, the rhymes you desire
Well you ain't heard nuttin this slick you trick
cause you're a flick from a Bic and we're a bonfire

[both] cause you ain't heard nuttin this funky (4X)

*some scratching by DJ Fuze*

[Big Money Odis]
Cause I roll up fast, like a cheetah, get out the two-seater
Walk up on a girl named Anita, or Rita
Ask her for change to put money in the meter
Didn't really need it just a smooth way to meet her
or a fly way to treat her
She said, "I'm hungry" so I took her out to feed her
She was a pocket feeder chicken, fajita pita eater
I said, "Yo, eat how ya like" then took her home and G'd her

[Shock G]
The definition of a funky rhyme master
Clevely put together but not necessarily sayin it faster
Ya see, that style isn't hard at all
The object of the game is to have a ball y'all
And to see who can come the funkiest
Lot of MC's think it's just a speed contest
They wanna brag about the neighborhood, oh you wanna boast?
We come from different cities and we're coast to coast ya see
but right now we're based in Oakland (Odis: Oakland)
Everywhere we go we leave the microphone smokin
Yo bro I'm not jokin
Leave MC's standin still with their mouths hangin open
Walk offstage and leave the next act scratchin his head like a monkey
Cause you ain't heard nuttin this funky

[Humpty Hump]
You ain't heard nuttin this funky son, we're number one
Humpty Hump in the house, gonna show you how it's done
with professional rhymes, I gotta question for your mind
Have you ever heard anything this funky son?
(Yeah man, I was out on the street
These guys came on by in this, tch, car man playin some beat...)
You ain't heard nuttin this funky nigga, how ya figure?
My mouth's on the mic like a finger on a trigger nigga
And when I squeeze I'ma getcha
You never heard nuthin this funky now didja!
And if you're large, we're bigger
You bust a weak ass rhyme and then expect me to dig ya
Humpty Hump's in the house with the locals
Yo Schmoove kick the vocals

*8:28 into the song, Humpty comes back*
[Humpty Hump]
Humpty Hump's in the house with the locals
Yo Schmoove kick the vocals

*Schmoove sings some more, up to the end*
Explain lyrics
Correct lyrics 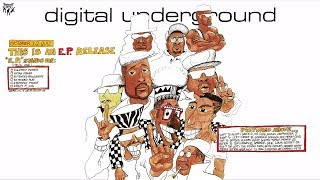