Want It All Lyrics

Want It All Lyrics


[Shock G]
I wanna go up downtown get around town
Out of town for about a month overnight
While the sun's shining bright in the middle
Of the warm cold freezing hot night, that's all

[Money B]
I wanna put it in out through over and under
Shake and bake, first take heed the boots and blunder
I'm ready to feel the ninth wonder, ready for it all

[Shock G]
When I'm way up high I walk the edge I'm on the verge
I get the urge I wanna jump can't do it suicide
But I wonder what it's like to fall, cause I want it all

[Clee]
Yo I wanna smoke about an ounce and bounce
To your local discount lah spot picking up large amounts
I wanna pound extra thick quinton asked no questions
Nuff lah for the session, I want it all

[Humpty Hump]
I want a fat crib and a car and boat and a good business
And a dope biznitch to share the fantasy with me
And live virtually responsibility free, I want it all g

[Shock G]
I goes for mine all the time I'm first in line
You better get behind me, you're no friend of mine see
I want it all, I like to kick the knowledge and do good
But I still wanna be that pimp nigga in the hood
Yes, I want it all
I wanna lay back like a mack while you do me
I wanna get did but then again I wanna do you
I wanna please you, I wanna doo woo you
Do you want it all?

[Money B]
Check it out, I wanna stack and be the fat rat
Get a map flat on the hill drive a Lac
Still I wanna be back down in the hood
So I can chill with the brothers that's from there
You know we're in there I want it all

[Shock G]
I wanna clown with my homies
I wanna do three-sixtys in a ‘69 Camaro
I wanna drop my clutch tyres scream
Bust a cloud of smoke wreck the scene
And then jet like an arrow
But then again I gotta please the ladies
So I need a clean six-four and a drop-top Mercedes
I want it all
I wanna be as fly as the others, I wanna freak my brothers
With the underground street thing
But then again I wanna make my mother proud
With the Grammy nominee thing
I wanna pleeeaase all my sisters, let me give you the world!
But I can't get Japanese girls out of my system
And I wanna do a grey girl
I wanna live righteous so I might just
Follow Malcolm and kick it like Farrakhan
But then when the lights are gone
I'm out in the street acting crazy
It's great to be alive, I wonder what it's like to die
I wanna live drug free and I wanna be sober
But I wanna get HIGH until the world is over

[Money B]
I wanna jack a rasta for his car keys get some dee
A kilo and gets some hoes get my stack on attack
And smoke a full tank of [???], I also wanna stop crying
I want it all

[????]
I want fancy cars and diamond rings
I wanna do that ghetto thing
I want a wife and kids and nice big home
And next week I wanna be all alone
I want everything!

I WANT IT ALL! [x4]
Explain lyrics
Correct lyrics 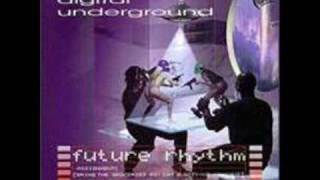 check amazon for Want It All mp3 download
browse other artists under D:D2D3D4D5D6D7D8
Record Label(s): 2001 Bellmark Records
Official lyrics by