[Verse]
On a Friday, shit gets smokey
Whip yola, I'm using ice cubes (Craig)
We were them boys in the hood
Went from trappin' to being on iTunes (Ricky)
I ain't a baby boy no more
Make the young boys do it on typhoons (More)
Tryna get paid in full and rake it all
Splash man, no virals (Ching)
Went on a move with bro
For some crow, so I brought it (Brought it)
The move went wrong tryna hit that belly
So man had to abort it (Abort it)
Pack come fat like Rasputia
Freeze like Medusa, I left like Norbit
Gyal sink in your back at your bit
Don't like talkin', B, I won't force it
Sparks in the air like Jordan
Do it on my ones, I don't need no forces (No)
GCSE in the streets
Class A-level high, no courses
Blast his pole that's casket closed
I'ma laugh at them fools and horses
Forward do it, no pauses
White flash, no cam or torches
I ain't tryna cause up a fuss or cuss but I see you S two times
Just spell it, you won't understand them lines
Young boy in the pub and he's givin' out tickets
But he ain't issuing fines (No)
You can't intercept this con
He's in his prime, I'll do it and sign it (Sign that) Stepped to the A on my J, in Armani, I'm still takin' risk (Take it)
Made man bow on the mains
It's true my religion but I'll never snitch (Never)
He was tryna act all hardy
Lick him in his head, now he ain't on shit (Wagwan now?)
I ain't ever owned a Ferrari
Only the one that's stamped on a brick (Yola)
I ain't cars that's doing collisions
Corn from the Smith'n that's doing up crash (Blaa)
Can't lie, I'm a deadbeat dad
Rise that baby, done it and dash (Skrr)
He said he's on eye like lash
Next ting, I was in the bin like trash
This .40 ain't got a whistle, I use a potato to shh that mash (Shh) 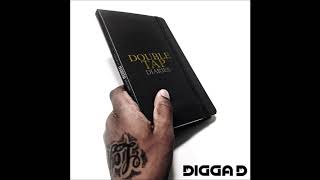