Who me I'm coolin in NY, I'm chillin in NY
The hoods is on my block and the brothers at the court
The baseball hats is on and the projects is calm
Dreamtime's extended - and highly recommended
But early birds like me's up checkin out the scene
The early worms jog, forget about your job
Just come dig the essence while the decadence is hidden
When people act like people the theory?
If you know the norm it's like Hades transformed
On sunday's early hours the city sprouts its flowers
So get with the rhythms while you gettin with the planets
Vibe off the jams but don't take them for granted

We venture through the streets in search of funky beats
Extensive is the travels and it's heavy on the sneaks
Ye it's kickin out the speakers of the sunday morning jeepers
My man do planets do it lovely?
Am I my brother's keeper?

Wake up, prayin' that the game's on
Maybe it's the Runnin' Rebs, maybe it's the Knicks
Maybe it's a rerun of an old tv show
Like hawaii 5-0 or karate flicks
Maybe if the phone rings butterfly will take wings
Speakin on some cool things frontin like I cope
Born under flat ground now I'm chillin shaky ground
Reachin for pacific heights sunday is my rope - dig it

Sunday's to relax
Some Sunday morning drama is callin up my mama
The hot line is in I guess the ? knew the deal
Vibin off the jams of the crews on Sugarhill
Lay around and think ain't nothin to do
Checkin out some frommes, some satre, camus
Mingus's Ah Um, damn Roach can drum
The DP's are life there they go here they come
It's time to grab some loot put on the timber boots
Checking out some dollies/dali's like tasha and kamali
NY is a museum with its posters and graffiti
If you're in the city on Sunday
Come check me, get with me
Explain lyrics
Correct lyrics 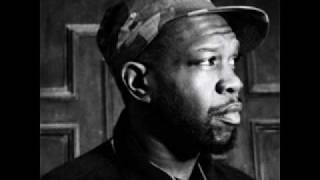