[Verse 1]
Since I been peein' straight, striaght crime's been my mindstate
Proud to be a petty thief ever since four feet
But I make dis records so rappers would have to advance
And stop wearin' the same corny watches and leather pants
Psych, I don't give a f*ck, rock your ice
Just don't step out of line or you'll get rocked by Dice
I toured around the world like Tina and Ike
Brought the house down in Sicily and Milan
f*cked all types of women like your sister and mom
Ask around your breakfast table, you'll say "Raw's the bomb"
Slow down son, you can't go one round with Dice, dude
I make clowns like you bow down like Ice Cube
Women, I make 'em feel like they gave birth to God
Grip 'em by their pigtails, make 'em slurp the rod
Catch a Mack-11 slug with a pair of chopsticks
Cut a priest off at the funeral to rock shit

[Verse 2]
I ain't lettin' niggas rap no more without my approval or stamp
I'm drunk on power, I don't feel the weed or the champ'
Voices like a million watts pumpin' out, goin' amped
Hit niggas bang pow to the moon like Ralph Kramp
Once I'm there, carve the moon into a pair of dice
Or put a star in a jelly jar and use it for a night light
Give it to my daughter, bomb your headquarters
It's Dice, here I am rare despite all denial
Just raw ass lyrics, no self-proclaimed titles
Whip out what I'm concealin', then aim for survival
Seein' is believin', my fist is an eyeful
Dice is raw, there ain't no mistakin' Me against y'all is like Santa against Satan
When I say y'all, I mean y'all suckas that be rappin'
You're soft like satin from hard skull crackin', aiyyo

[Verse 3]
So MCs that wanna battle, step up reluctantly
If Jesus could rap, He couldn't f*ck with me

Yo, yo what the f*ck is that? Aiyyo, what happened to the beat?
What's goin' on in there, man?

Hey Dice, man what the f*ck are you in there doin', man?
The f*ckin' board's smokin'; there's all this type of fire and shit, man.
I know your budget's not gonna cover this shit, man.
This session is shut down!

[Verse 4: Dice Raw as God]
Dice! You dare blasphemy against thy Lord?
I can do anything, even rhyme!

The builder and destroyer of all worlds
Creator of man, woman, girl
Some call Me Allah, Yahweh, Jehovah
I can start a beginnin', or endin', it's over
On Earth's first day alive there was darkness
Shape was worthless, I gave this small planet purpose
Breathed life into the surface
And created every beast in the sea
Feast eyes on the Son of God for thou souls to free
Since the Garden of Eden, I told men believe in
Thou Lord, and never worship falseships and act accord
But always, serpents slither across floors
Everything that is, always has been, always will be
A chill in your bones is how you feel me
At the end, when the moon turns blood and the sun blackens
Great men of the world running wonder what's happenin'
The sky'll part
And where I once said "Let there be light," I'll say "Let there be dark"
After the lamb's spoken, last seal's broken
Trumpets sound, last men on Earth found chokin'
For these events not to take place, you're hopin'
Balls of energy fly from my hands explodin'
Explain lyrics
Correct lyrics 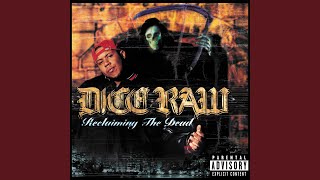