We taking over the muthaf*ckin' game!

I remember being on my momma's porch, A kid with rotten thoughts
Tossing tomahawks at kids to knock'em off their rocking horse
Now I'm at war connecting cops to electric shock treatment
And I'm not leaving till their eyes pop-bleeding and heart stop beating
The whole cop precinct thinks I should be in a padded room
When they're the bastards who f*cked Luima in the ass with brooms
I travel through and kill the mothers of these savage goons
Fill the house with gaseous fumes, lighten up a match like BOOM
On the crime scene they'll have the camera zoomed
At every massive wound I left when I stab the womb with plastic spoons
And now the planet's doomed 'cause this afternoon
I was pissing out the sun's flames with guns aimed at the moon
Cats assume I'm cracking jokes but I ain't laughin' folks
I'd slash ya throat for a pack of smokes if my ass is broke
Stashing coke staying cool, I ain't no nervous wreck
I earned respect burning purple sess' during urine test
I flirt with certain death attacking for some fame and fortune
With some rageing swordsmen torching whos on stage performing
Take this chloroform and pour it on some fresh linen
Gag you have your head spinning, tied up like the tenth inning
Breadwinnin' I sex women, slap the chaperone
Take her in the back to bone and tape it on my camera-phone
I have the throne hard as granite stone, The illest rapper known
Inside New York's catacombs Underground cause thats my home.

I think I lost my mind, I'm bout to cross the line
Start a riot, kill a cop and just toss the nine
I'm hungry all the time, Pain is all I find f*ck my music, I'ma loose it, I don't wanna rhyme (2x)

I was born from mom's colon possessed by the ghost of Lamont Coleman
Now Sean's flowing like hemoglobin through a hole in Ron Goldman
I'll be slapping jaws, Bitches I be stabbing raw
Tapping more than a Jehovah's witness knocking at ya door
Smashing whores, bangin in the car like 808's
More semen than a naval base, skeeting on their facial traits
Me and my label mates don't need a watch from Jacob's place
To make her take a taste and add devils horns to a angel face
Ain't at the VMA's, I'll be up at CMJ with bitches on their knees to pray
Swallowing my DNA, Drunk jugg ENJ, Dodging pigs driving fords
I see more holding cells than salesmen at Verizon stores
Iron core hard as nails raised inside a garbage pail
Coulda went to Harvard-Yale a Prince that bechose the market's sales
The end is near, I sense ya fear cuz me and Engineer
Guzzled Everclear and sabotaged the Western Hemisphere
They sent us here when I stepped in Hell with Jezebels
Pressed the 12' and heaven fell every-time my record sells
I'll be dead or left in jail before I'll be the next to fail
Other cats don't measure well like ounces on a Metric scale
My train of thoughts pay the cost and never take a loss
Make you a decaying corpse and laugh through my day in court
Don't play it off like I won't run a razor straight across ya throat
Till there's tomato sauce spraying towards your neighbors porch.

I think I lost my mind, I'm bout to cross the line
Start a riot, kill a cop and just toss the nine
I'm hungry all the time, Pain is all I find
f*ck my music, I'ma loose it, I don't wanna rhyme. (4x) 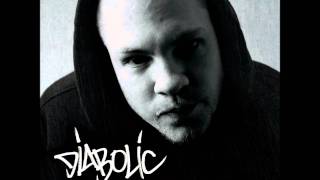