No, I don't want sympathy,
I just want somewhere for these sins to go
Compromise is the devil talking and he spoke to me

He mentioned something of moving in,
I conversed once with him and yes
He related to me how necessity is evil's mother
He has no father,
only victims weak or strong.
I hope this won't take long

I was right the first time,
I'll put it right with thirst now

Well, you might say I'm trying to redeem myself and in a way
I think that's true, but I'm just trying to bite off more than those
That chew more than I do

You could say that I'm a bitter man and once again, I think that's true,
I witl remain so until I better those
that know more than I do
It kind of reminds me of that burning feeling
I used to get
What?
You know, that little problem I used to get What
Are you still getting trouble with this?
Yeah, not all the time or anything
Like it was?
Yeah, sometimes
Are you sure it's not heartburn?
No, it's definitely not heartburn
It's just a little matter of a burning,
a little matter of a burning nature
It's not arson, it's not arson
It's OK it's my problem I'll deal with it myself 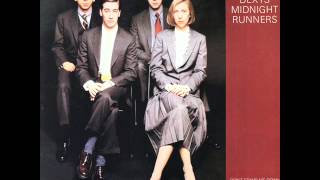