One Of Those Things Lyrics

One Of Those Things Lyrics


You know, recently I was thinking
I was thinking about one thing and the other
and music crossed my mind Yeah? Yeah
It occurred to me to switch on the radio
I wanted to hear some music

Anyway, so I started asking around, you know.
I started making a few enquiries,
just putting out a few feelers
Yeah? Yeah.
I had a word with a couple of so called socialists on my way
And during the course of our conversation I put to them a question, I said:
"How do you feel about Ireland?"
Ireland? Yeah, Ireland
That place, it's just across the sea
Oh yeah, I know the place
Well they said:
"We're for Sandinista, Cuba's militia,
the P L O, M.P.L.A, Afghanistan and Babylon"
They went on and on and on and on.
And I said: "Alright, Alright,
but what do you think about Belfast?"
And what did they say?
Well, their replies were various
but they all had one thing m common.
And what was that?

Well, that's about the size of it,
what can I tell you? You tell me. I dunno,
It's just one of those of things
What you mean one of 'those' things?
Yeah, one of those things 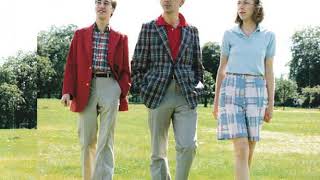 check amazon for One Of Those Things mp3 download
these lyrics are submitted by kaan
browse other artists under D:D2D3D4D5D6D7D8D9D10
Songwriter(s): K. ROWLAND
Record Label(s): 1995 Mercury Records Limited
Official lyrics by