[VERSE 1]
Lord thank you for the food that I'm about to receive
May it nourrish my body and keep my mind at ease
But as far as my soul I been meanin to holler atcha
And I know you been busy with niggas steady tryina catch ya
Gotta get somethin off my mind for a while
Cause when problems start to pile it gets kinda hard to smile
But I - keep my head up
And try to hold on until my kids all grown
I know one day that could be me lyin there in a hearse
So I hope for the best, prepare for the worst
Swearin I curse, but really there's no harm done
Just havin fun, but there's some who wanna take it and run
I left a life of lootin and thievin, and shit
Because my friends and my family was leavin me quick
It seems everything is happenin without me knowin
Tryina stay sane, but mayn, this shit has got me goin

[VERSE 2]
It's hard to keep away from sin, but you know I try
And hopefully I get it together before I die
Thinkin a drink can ease my pain and tough luck
But when I finish, it just leaves me craned and f*cked up
Call my folks to tell em how I feel
Before I get to speak they tell me someone else got killed Slowly but surely they're goin one at a time
I wish you could rewind and show em some kind of sign
I realize I put my life on the line just bein born
Gotta git up, git out, no time to be snorin
And just play with the cards I'm dealt
And if I lose I won't blame nobody else
Cause it's all about survival and the strongest survive
But even the strongest won't make it alive
Cause death sneaks up from behind without you knowin
And just the thought of it has got me goin

[VERSE 3]
We are livin on a see-sawer
And when we fall it hurts
We can't get up from the dirt
Like lotto you got a different number picked daily
Here one day, and gone the next, this shit crazy
Now I gotta work on gettin my brain back together
Be ready for whatever, rain and bad weather
Had never seen so many dark clouds around
A lotta strange looks and smiles turned to frowns
Maybe one day it'll all make sense
When everybody's chillin on that other side of the fence
But for now I just leave it up to the keeper
Be thankful for what he gave me, chill out and smoke some reefer
Set all my problems aside for a few
Before I lose my cool, do somethin I don't wanna do
Because I seen frustrations frequently flowin
All I need is your strenght to keep me from goin 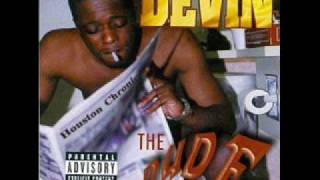