Island Of The Unknown Lyrics

Island Of The Unknown Lyrics


A horrid task, the ship has left, the insane must survive
A one way path, that leads to death,
at one within their minds
There's no one here, to guide the weak,
From creeping, pending doom
A prayer is said, to take them from this island,
the unknown
This island, this wretched place, an awful piece of earth
As prisoners, they've been released, to wander into night
Fearful, alert eyes, gaze out and distort
Expecting, detecting, the awful thigns to come
Maniacal screams, a suicide pact, a lasting tone it rings The so-called crazed dead, the final heartbeat ends
Dying, this coven's gone, at peace now, for all time
This twisted experiment, crumbles before life's eyes
Their world was torture for the living
Then fate led them onward into night
In life, they were different human victims
But in death, they are silent corpses, equal in mind
The horror, the terror, of what lies beyond
On the island of the unknown, this island of the unknown
Explain lyrics
Correct lyrics 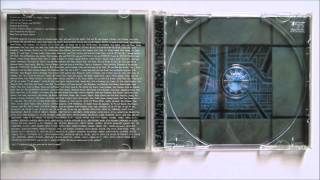