It's hard to maintain this soulja life mentality

If it be a tradgedy, dem white folks come & hassle me

Gon' slam me down & wrestle me, just to put on handcuffs

Just cause I'm a black man, push a 2G Lac an

They label me a drug lord supplyin' the 3rd Ward

Money in the bank dawg, dem haters don' like dat

Bitch this ain't the slave days, us niggas gon' fight back

You crackers can write dat all up in the magazines

You can call me racist, black man in this white world

Knowin' they the enemy, can't never be no friend of me

I just get my dick sucked, nut in they mouth instantly

They ain't nothin' but freakshows, you feel dats what you need though

Now you want to kill somethin', pull of you an O.J.

I know yo gon' press charges on me,

Whip my pistol all up in yo mouth, nigga

Black man kill a white man & the sentencin' him to death

White man kill a black man then scream about selfdefense

Break it down to manslaughter wit all of the evidence

Ever since I been here, been nothin' but sin here

Squeeze triggers wit no hesitation for any kind little of altercation

Pull up on side of white folks, smile show every gold I got

It's hard to maintain this soulja life mentality

If it be a tradgedy

Yall know what they gonna do ya understand, these niggas out chea

Tha D-A & the judge hatin' on yo bitch ass nigga, the police's & all

That type of shit nigga, f*ck you talkin' bout a nigga hatin' on you

Behind a hoe, a real nigga a bat the piss outcha scary ass 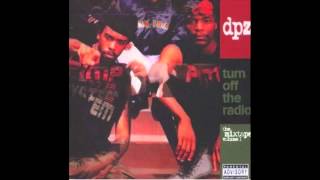