How do it feel to be high without drugs?
Some say it's the feelin' of love for yourself
I can't call it, I just threw up in the toilet
And all my life I said I wasn't gonna be no alcoholic

I'm fallin', son, tryin' to stay sober
But the alcohol be callin', son like a ghost
So let's make a toast to my liver and my kidneys
Pour out a little Henny, here's to gout in your twenties

Not many niggaz make it to thirty, we ride dirty
Breath stinkin', already drinkin', bright an' early
Out of earl an' Smirnoff, gin and eight ball
Passed out on the bathroom floor with my clothes off

Remember them knickies? Tall can't fit in they Dickies?
Before they put them cameras up in the corner store
It used to be so much fun when we was young
Tryin' to holler at somethin' smellin' like 151

Gettin' thrown out the club all buzzed
I'm 'bout to get the gun, dawg but I ain't even know where I was
My nigga Emae had to carry me home on many day
It was Heineken, Becks, Andres and Alize

I got so f*cked up last night, I passed out
Assed out, man, I couldn't even get to the house
And I know I shouldn't been drinkin' on an empty stomach
But the fliest said 'Open bar', I said, f*ck it

Went from vodka to rum, from rum to cognac
My body feel like I've been fightin' in combat
And I've been coughin' up yellow shit, breakin' a sweat
I've been shakin' like a leaf but that's just what I get

For pourin' my own poison and throwin' it back
And it's not enough to just know better, you gotta act
I know I said that the last time
But I was havin' such a good time
The liquor just took over my mind

And I don't wanna be a [Incomprehensible] ya'll
But when you're livin' in the bottle then the niggas stop carin'
'Coz the one's who made that alcohol ain't my friend
But the sad part is I'ma probably do it again, goddamn 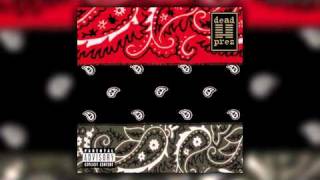