This is the story she told...

Oh it was no big deal, he was just taking her to the airport.
It was autumn in New York City,
There was a wind a lot like this.
It was springtime however, in Africa.
She'd been saving up her money.
She was going to go on one of these outward bound trips,
So he was just giving her a ride to the airport.
And around and around the airport they went,
Through that parking garage, looking for a parking space.
"There's one," she said.
"No."
"There's one," she said.
"No."
You see, actually it takes two parking spaces...

Man, I've got to tell you about the adventure she had in Africa.
I think I should start with the silver bracelet,
I think that's where it all turns around.
She hadn't been on the trip long and one of the guides sort of
Took her under his wing.
'Cause she was sort of startled easy,
She was a little nervous about being out there.
The first time she got sunburned through her hat
She realized she was a long way from being home.
She had just left the group for a little while one day,
She had just went to take a pee,
She said "I'll be right back," but she didn't come back for awhile.
And this guide, this African man went to look for her.
"Laura! Laura?"
He found her standing on the lowest branch of a fairly tall tree,
Way off the ground."
"How you get up there?"
Well she had jumped.
"Why?"
Well there was a hyena, and they had told her about hyenas.
They have jaws that can crush bone.
She wasn't in a really confident position anyway,
And she just ran, and there was the branch.
She jumped - one hand slipped, one hand held.
She was not coming down.
"He's gone."
So now she trusted him, and she swings back down
And both arms straight, hanging from that branch,
Her feet are four feet off the ground.
Man, she didn't know she could jump that high.
Ah, but she does now.

It was changes like that that made him give her that silver bracelet.
It was the one that he'd always wear kind of between his elbow
And his shoulder, kind of wrapped tight around his arm.
It was a beautiful silver bracelet, and he bent it down to fit around Her muscle there and she smiled.
So much so that it startled him.
So much so that on the last day of that trip, when they were getting
Back on the bus to go to the small airport to go to the big airport
To go across the ocean to go back to... you know,
When they were getting back on the bus and she leaned out the window
For that last little cheesecake snapshot
And as he looked through the camera, he had to slowly take the camera
Down, and turn his head to the side a little bit, look a little bit
Sad and say
"How you get up there?"

Well he wasn't at the gate when she got into the airport.
He must have been looking for a parking space.
So she just walked through the airport, you know,
And it wasn't like before.
Now the airport seemed kind of small.
The airport seemed kind of stuffy, ceiling was a little bit low.
And everyone was getting out of her way.
I don't know - well, actually I do know.
Maybe it was because it had been winter, you see,
And she had just come back from summer.
And she was just dressed normally. Everyone else was bundled up,
But she had on her hiking boots and shorts and tank top,
Hair tied back, and a knife on her belt, and a big old silver bracelet,
I think it was the silver bracelet,
But everybody was getting out of her way.
She didn't see him 'til the backpack comes rolling down the
Old baggage claim, and suddenly there's this arm
And this voice saying, "I'll get that."
And she says, "Hey, that's my backpack, gimme it. Where you parked?"
So he reluctantly gave her the backpack,
And she swung it over her shoulder
And they went out and carefully nestled it in the trunk

And then, out of the parking garage and into the city.
And she had to lean out the window,
She pushed the button and made the window go down
And she leaned out a little bit to feel the wind in her hair.
Man, this is the wild place to be.
I mean, this is the place,
She has to lean a little further out of the car just to
Just to see it all, just to look up at some of the buildings.
As a matter of fact, she leaned a little farther back
So she could look back behind
And watch those big tires rolling on that pavement,
And then suddenly the window came back up
And she comes back in, startled
And sure enough Johnny's got his finger on the power...
...the power... the power window.
And he's looking at her like,
"Will you get your feet off the upholstery!"
The upholstery, the upholstery. She forgot. How could she forget?
Well, she'd been in Africa, come on.
She took her feet off the upholstery.
As a matter of fact, she took her feet off the upholstery politely.
As a matter of fact, she folded her hands in her lap
And she settled in for this ride.
I saw just a glint of a smile as she turned her face to one side.
Maybe to feel the plush upholstery brush against her cheek.
Maybe to see the lights of the graphic equalizer on the stereo
Reflected in the side window.
Maybe to watch that lone drop of water make it's weary way across
That perfectly waxed surface.
But I think it was just to enjoy this ride...
This ride...
This last ride... 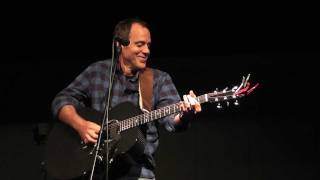 check amazon for Johnny's Camaro mp3 download
these lyrics are submitted by kaan
browse other artists under D:D2D3D4D5D6D7D8D9D10
Songwriter(s): David Wilcox
Record Label(s): 2005 W A R What Are Records
Official lyrics by