They Wanna Kill You Lyrics

You probably thought the label was gon' shelf me
You prayed that this paper never helped me
Posted up by the mailbox without a mail key
Exotic weed a creed if you ever smelled me
I don't wanna die young, I wanna die wealthy
Niggas askin' for the most help ain't never helped me
Blew a brown flag in it
You think I'm gettin' to it? Well, that's accurate
Acura slidin', ain't have no passengers
Bubble Goose, wasn't no computers, when it's trouble, shoot
Money made my dick hard, honestly, fell in love with loot
Mathematics supreme, knowledge and wisdom
Understandin' culture, know power'll get you killed, son (We wanna kill you, David)
Equality God, bill of the strong that y'all
Born in the cypher, shit get tighter than Wonderbras
I come from the slums, had to walk when we wanted cars
Couldn't afford the shit that y'all wearin', that made me wanna rob
That pressure get applied, you know your son involved
You so nervous, phone in your pocket, don't wanna call
Feds is lurkin', I know they watchin', I wanna ball
Plug fronted fifty, I'm starvin', I need a hundred more
Drop it in the pot, cannonball, somersault
September to April, we pumpin', take the summer off
May, June, July, August, livin' lawless
In Georgetown, I really was recruited by the Hoyas
Maneuver through the borders
My man from Cuba, I told him that you could get deported
What if Tookie could've saw this?
No bakery, we was cuttin' cookies by the quarter
Nigga ratted in New York, picked up and took his shit to Florida 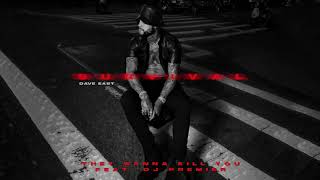