Broke Or Not Lyrics

Broke Or Not
Dave East
Child Of The Ghetto Funkmaster Flex Freestyle Said What I Said Cold Mama I Made It Keisha Blue Story Eyes On Me Kd Talk
Broke Or Not (feat. Jozzy) video Dave East twitter

Broke Or Not Lyrics (feat. Jozzy)


[Intro: Dave East]
Bring it back, bring it back
Uh, uh, uh
Could you turn me up a little bit? (Thank you)

[Verse 1: Dave East]
You gotta think for yourself (Yourself)
Older niggas, they don't offer no help (At all)
Told you come and take that ride, so he don't get caught by hisself
You twenty-two and facing ten, you gotta talk through the jail
You bagged up in your mama crib, pray the apartment ain't smell
Watch for the D's, the block on fire like you walking through Hell (Hot)
Tryna make sandwiches, the bread, it was stale
Came up on a couple dimes, you just preparing to sell
You put that shit on, ain't wearing it well, imagine sharing a cell
With a nigga you never seen before
He offer the top bunk, you like, "I need the floor"
Read magazines 'bout guns you only see in war
You always brought the plug his money before you would need some more
The devil f*ckin' with you, you just tryna shake the demons off
You know the block, you fell in love with guns watchin' RoboCop
You was really there, it wasn't Photoshop (Real life)
Watch how he talk to him when you know he cop
You dreamin' 'bout that Audemar you hope to cop
You keep you a hustle whether you broke or not
(Keep you a hustle, my nigga)
You keep you a hustle whether you broke or not
(No matter how it go)
You keep you a hustle whether you broke or not
[Chorus: Jozzy]
Hustle hard, I had to learn to chill
My hands done touched a lot of bills
Look how far it came, now we can't turn around
I seen too many that didn't make it out, oh, oh Look at this
I never had to switch up for no clout or no bitch
Glamorous
Furs to match the winter, yeah, I need to do it big 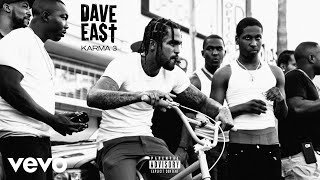 check amazon for Broke Or Not mp3 download
these lyrics are submitted by itunes3
browse other artists under D:D2D3D4D5D6D7D8D9D10
Record Label(s): 2020 Def Jam Recordings, a division of UMG Recordings, Inc (Mass Appeal Records From The Dirt)
Official lyrics by