Write It Out Lyrics

Write It Out Lyrics


Yeah I try to write it out, not sure what I recall
I can’t tell if it’s memory or story telling now
It happened very quickly but it seemed to last for hours
And everything was crisp and clean till all came crashing down

So much fire and debris that I was nearly blind with panic,
and there was no one anywhere to turn to be saved
from the tyranny and cavalcade. And all use was lost.

And the more that I would struggle, the more that I became entwined
And the thickets & the thorns became my flesh and I was vine.
Creeping deep into the pavement, breaking ground as I grew fast
To the center of the city and up again where I did gasp
in the air or the breeze and I was still alive with a start

And there were people everywhere to behold and admire
And I longed to be one of them and though I was lost
I felt familiar with my surroundings, though they didn’t look quite right
Like someplace that I had been before, under cover of night.
And I found my way by light of day to the center of a crowd
and told them I was one of them and begged them for their help. And with stones they took their aim, and I knew I would die at their hands
Where I was crowned a heretic to be loathed and set fire and laid upon a pyre of fire

And as I cast my eyes to the sky I felt your touch,
so gentle and so soothing that I knew I had been saved,
but my movements were so labored and my will had been betrayed
But my lips they were collop now and to them I am enslaved.
And the slightest indiscretions that I made were met with rage
And I burned to be free and then you rescued me
with your voice and beckoned me beside you and your touch was alive.
Sensational and vibrant and with care and your words 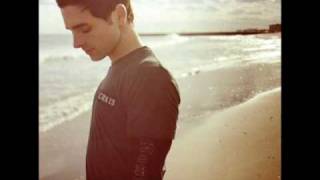 check amazon for Write It Out mp3 download
browse other artists under D:D2D3D4D5D6D7D8D9
Songwriter(s): Christopher Andrew Carrabba
Publisher(s): Hey Did She Ask About Me Music, Universal Music Corp.